Tunisia has undergone radical changes in the past decade, and faces more in the years to come, if the European Union (EU) has its way. As the first country to topple its dictator in early 2011, it set off a chain of revolutions across North Africa and West Asia that led to a political reconfiguration, the impacts of which are still playing out. Although Tunisia is often seen as the “success” story of the Arab Spring, the transition has been much more complex.

The existing economic trends, and the power of the existing political and economic elites, have been strengthened, and the Tunisian people have yet to reap substantial benefits from their revolution. Tunisia is, ostensibly, now a democracy, but a series of technocratic governments have struggled to bring change, and to balance the interests of the traditional elite and the less privileged general population.

The role of the EU (and other international actors) in this transition has been controversial, with some arguing that the ongoing Western-sponsored transformation aims to subvert the aspirations of the Tunisian people’s calls for dignity, bread, national sovereignty, and social justice. Western actors, including crucially the EU, have advocated for more of the same economic policies that many believe created the problems in Tunisia in the first place.

Tunisia has a long history and set of ties with the EU, and with France in particular. It became a French protectorate in 1881. While formal independence was granted in 1956, the legacy of colonialism has been hard to erase. The imperial economic patterns—whereby colonial economies were structured to meet the needs of the ruling power—endure, as does the economic dependence on the former colonial ruler.

It is in the context of these systemic legacies and deep power imbalances, as well as the political tumult brought about by the Arab Spring, that the EU has proposed a new set of trade deals with Tunisia and its neighbors. The EU proposes that Tunisia enter into a Deep and Comprehensive Free Trade Agreement (DCFTA) with it, and negotiations have been ongoing for five years. The economic and social impact of such an agreement could be disastrous. In a new study published by the Transnational Institute, we examine the concerns that have been voiced about the DCFTA, but largely excluded from official negotiations and the national discussion in Tunisia on the mooted trade deal.

The process of negotiating the DCFTA has been problematic, notably in three ways. First, Tunisia’s multifaceted dependence on Europe, and the obvious asymmetry between the two, clearly prevents any equitable negotiation being possible. It is expected that this trade deal will exacerbate already existing power imbalances. Second, the EU is using a classic carrot- and-stick approach to force Tunisia to sign. On the one hand, it offers conditional loans and technical assistance to cash-strapped Tunisian governments, and on the other it exercises pressure and blackmail by placing the country on its black list of tax havens (in December 2017) and on its money laundering and terrorist financing black list (in February 2018). Last but not least, the approach to civil society consultation has been highly inadequate and lacking in transparency. The organizations consulted officially have been carefully selected, while the main social groups who are negatively affected by free trade agreements (such as small farmers, female agricultural workers, informal laborers, small and medium producers, consumers, and beneficiaries of public services) are excluded from the discussion.

When it comes to the likely impacts of the DCFTA, they could be devastating for most Tunisian people. Low wages are Tunisia’s main comparative advantage, and the DCFTA targets this. It will encourage EU investors to relocate labor-intensive activities to Tunisia to maximize their profits by capturing the value created by super-exploited, low-wage Tunisian workers.

With its focus on Small and Medium Enterprises (SMEs), the DCFTA would potentially benefit 83% of EU enterprises, but only 3% of Tunisian enterprises. As a result, the incentive policies in the DCFTA will have vastly different effects for the different parties to the agreement. In Tunisia, they will strengthen the top of the pyramid, whereas in Europe they will support its base. The potential social justice implications for the Tunisian people will be stark. Moreover, the Very Small Enterprises (VSEs) which are the key economic actors in Tunisia—making up about 95% of enterprises—are not expected to evolve under the DCFTA, but to disintegrate and disappear to the benefit of larger companies. They will be unable to survive the tsunami of EU products and capital flooding in, especially without specific policies designed to protect and strengthen them.

For the few larger Tunisian companies, the DCFTA gambles that, once integrated into the EU free trade system, they will be able to create jobs. The overlapping interests of the Tunisian rentier oligarchy, political power holders and Western free trade actors align in pushing for a trade agreement that directs the Tunisian economy to exclusively support export-oriented companies. The existing subordination of the economic system to these narrow interests will be reinforced by the DCFTA, with public policies increasingly serving sectors which have very low added value for the local economy, but which create rents for exporting companies and huge profits for European firms. Thus, domestic capital will become integrated into the international division of labor, at the very bottom of the value chain, and move towards providing market services for foreign companies.

It becomes clear that the EU’s strategy is not simply aimed at invading the Tunisian market and capturing the surplus value that can be derived from it. Beyond that, it aims to set up the conditions and instruments for long-term economic domination. This involves destroying domestic enterprises, dominating the local market, limiting regional integration, monopolizing resources, destroying the state’s regulatory role, and locking in these conditions via a legal framework over which only the EU has control. What is proposed involves the hostage-taking of national productive forces (at very low cost) to direct them, through “upgrading” and technical assistance, toward feeding the free trade requirements of the EU.

Free trade agreements are means for a dominant economy to subdue a weaker one, relying on the help of a rent-seeking local oligarchy. In more general terms, free trade, or rather unequal exchange, is a mechanism of domination and exploitation, affecting less developed economies and leading to their submission to the rich capitalist countries. This will happen at the expense of most Tunisians’ political, economic, social, and environmental interests. It would be naive to expect that the deepening of inequalities and entrenching of economic subordination that will result from the DCFTA will have no political effects. It is therefore wise to remember that the core slogans during the uprising in Tunisia a decade ago called for social justice, sovereignty, and the end of the ruling oligarchy’s privileges.

Ultimately, to stop the bleeding of Tunisia’s wealth and the suffering of the less privileged in society, as well as to unmask the local profiteering oligarchy, a change in the economic approach that has been followed in recent decades is desperately needed. The only way forward is to walk firmly on the path of decolonization towards a new liberating and transformative alternative economic order, not only for Tunisia, but also for other subjugated countries in the region and across the global South.

The problem of African countries’ memberships to multiple regional bodies? There’s no problem.

How to manage post-colonial African economies

For one, take economic management out of the control of neoliberal technocrats. 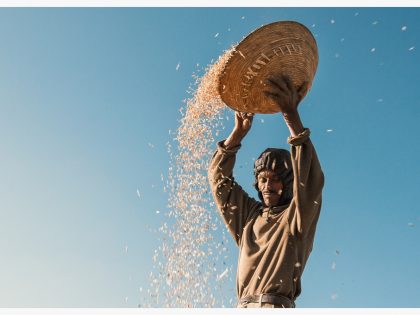 The consequences for land grabbing on the African continent could be devastating for the development goals of nations in the long term.

For France’s former colonies in Africa to enjoy true independence, they need to control over their own money and budgets.

An economic strategy for The Gambia

This is the first opportunity for Gambians since independence in 1965 to have a broad-ranging public conversation on its future.