Rhinos are making headlines again. More specifically, those who are killing rhinos for their horns are prompting continued reporting about rhinos, poaching, hunting, corruption, conservation, safari, black markets, China… These reports rehash old tropes and ignore the ongoing inequalities between black and white ownership and control of land.

Earlier this year, the BBC published an article by Alastair Leithead about increased elephant and rhino poaching in Botswana. His concern was, “Botswana attracts high-end tourists from across the world because of its international reputation for successful conservation.” Such conservation and tourism are positioned as apolitical in their desire to save wildlife for future generations, but this inhibits a more serious conversation about the racialized, capitalized, and privatized foundations on which the global conservation industry is built.

This caught my attention because I was in the midst of writing on Leithead’s short documentary report from August last year, “Rhinos: Killing and Corruption.” Therein, Leithead detailed poaching in Hluhluwe-iMfolozi Park in KwaZulu Natal to highlight connections between trade in rhino horn and corruption in the national parks and local/regional/national government. I was introduced to this documentary in the context of how its portrayal of Mangosuthu Buthelezi and Ian Player as the saviors of the rhinos was a “bit off key” (the editors’ words). Player headed Operation Rhino in the 1960s, an effort to translocate rhinos from the then Umfolozi Game Reserve to other areas of southern Africa as a way to save them from extinction. Buthelezi was a founder of the Inkatha Freedom Party and the head of the former KwaZulu bantustan. He remains head of the IFP today. Leithead interviews Buthelezi who places himself in solidarity with Player and was quoted stating the whole of South Africa today “reeks of corruption.” Such comments ring nostalgic and gloss heavily over the complex socio-political history of conservation in the province. Particularly off-putting here is how larger systemic disparities around race and class that persist in conservation are obscured by the nature of the reporting on conservation. Whether the filmmakers intended it, they feature white rangers in charge of saving rhinos, contrasted with black criminals.

The white knight mentality in global North reporting on conservation across Africa is clearly evident (the documentary includes footage of Player on horseback and bakkie-riding down a rhino with a dart gun) and a topic which this site has previously addressed (“Open letter to 60 Minutes” from March 25 2015). This disparity in reporting is not confined to conservation. See coverage of recent “tricky” debates over the restitution of museum collections or efforts to combat Ebola in the DRC.

Leithead’s documentary on Hluhluwe-iMfolozi, as well as the video clip in the Botswana article, produces the war to save rhinos in dramatic fashion. Helicopter surveys and darting of rhino are overlaid with a stereotypical drumming soundtrack that recalls a sense of edgy adventurism. At one point, Leithead is filmed injecting a sedative reversal into a rhino’s ear after a dehorning mission. Such an interlude in the story transforms the reporting of rhino poaching into a piece of eco-tourism entertainment, blurring the line between reporting and adventure that hearkens back to 19th century hunter/adventurer travelogues of dangerous encounters in darkest Africa.

Like those travelogues, the destruction of wildlife remains ascribed to black Africa, with protection as the prerogative of whites. This white hunter/black poacher argument is not new, yet its recurrence here demands further interrogation. In Leithead’s documentary, the lead veterinarians and anti-poaching advocates, conservation professionals are white (male and female). The unnamed rangers represent a population of black bodies caught up in a “syndicate” of illicit trade in rhino horn and corruption.

By placing Player’s tenure as head of Umfolozi as the golden age of rhino conservation Leithead has by implication placed black control of South African National Parks, and thus the ANC and black governance more broadly, as the central obstacle to successful conservation. Further, the solution posited in the report is not just another white savior to shepherd national conservation efforts. Leithead notes, almost as an aside, that private reserves do not have the same problems with poaching as Hluhluwe-iMfolozi—they are smaller lands where animals and poachers can be more effectively controlled through fencing and armed anti-poaching patrols. Perhaps unwittingly (pointing to the entrenched and insidious nature of racialized understandings of African wilderness landscapes), this hints at private land ownership and management as a solution to the poaching problem. In South Africa, private safari and hunting farms remain primarily white owned and often comprise very socially conservative political communities.

The article on poaching in Botswana produces a similar racial division between the white owners of wildlife sanctuaries and lodges on the one hand, and the poachers and the politics of black African governance on the other. This is exemplified in a comment by Mike Chase of Elephants Without Borders on the sharp increase in poached elephants when he says, “that’s how quickly poaching can settle into a population.” It is unclear which population he is referencing—elephants or rural communities in Botswana—perhaps it is both.

In the midst of current debates over land expropriation without compensation in South Africa, such a portrayal of the politics of conservation that implicitly sees the future of wildlife management and conservation as a white privatized, militarized, and luxury tour should alarm us. What remains off-key about such reporting is that race and racism are operating on different registers. White private capital and knowledge is set up against black corruption and mismanagement. This conditions the apolitical calls for conservation and hides a more complex and nuanced form of racial coding that reinforces both the legal and illegal consumption of African wildlife. Speculative value of wildlife has driven the rhino trade as much as it has high prices for luxury tourism and hunting safaris. In both instances the exoticized experience of wild Africa is tabled for sale and auction. Instead of another report on rhinos, this demands a reconciling of the tenacity of white privilege, capital, and racism in the creation and operation of conservation in South Africa. 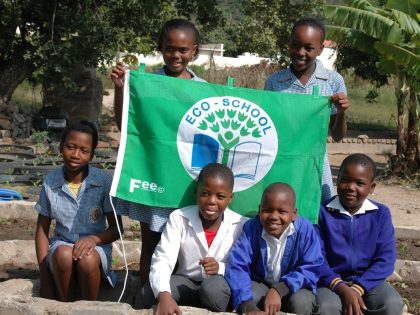 The real question about wildlife conservation

How did wildlife in Africa survive for millennia in together with people who never earned anything from it?

The dominant approach to revitalizing national parks is one-dimensional and sees local residents as obstacles rather than partners.

‘The media and war-mongering’

Journalist Maggie Fick is covering South Sudan’s self-determination referendum for the AP. She’s only one of hundreds of other reporters who have set up camp, for what The New York Times correspondent Jeffrey Gettleman described …