In February 2019, the Republic of Chad dispatched a convoy of more than 500 men to Nigeria, in support of the fight against Boko Haram. The latter had grown in strength a few months before Nigeria’s February presidential elections, hence the support from Chad. In early March, humanitarian agencies were also alarmed by the forced return of thousands of Nigerian refugees from Cameroon to territories allegedly occupied by Boko Haram.

Between 2017 and the first half of 2018, Boko Haram appeared to be on the decline. The heads of state of the Lake Chad sub-region (Cameroon, Nigeria, Niger and Chad) have repeatedly proclaimed Boko Haram’s defeat. In Cameroon, for example, at a presidential campaign in the town of Maroua, President Paul Biya triumphantly declared that Boko Haram has been pushed out of the country. Of course, Biya went on to win his seventh term as president of Cameroon and his supposed victory lap over Boko Haram was celebrated again at his inauguration in late 2018 as well as in his New Year’s speech in January 2019.

The trend of claiming victory over Boko Haram wasn’t limited to Paul Biya alone. President Muhammadu Buhari of Nigeria adopted the same approach, making the defeat of Boko Haram central to his re-election campaign which he won on March 6 2019. President Buhari repeatedly claimed that Boko Haram was “technically defeated” and no longer controlled localities in the country.

However, the optimism of the leaders of the Lake Chad region—Buhari, Biya, Idris Derby of Chad, Mahamadou Issoufou of Niger—about the defeat of Boko Haram is today tempered by the resurgence of deadly attacks in the region. Boko Haram carried out multiple attacks on January 25, simultaneously in many localities including the villages of Goshi and Tourou in the Mayo-Tsanaga Division of Cameroon. Between March 9 and 26, about 40 civilians and soldiers were killed, more than 100 homes burned and several women kidnapped in a series of Boko Haram attacks in the Diffa region in Niger.

Contrary to the claims of the Nigerian president and his officials, Boko Haram is far from been “technically defeated” as there has been increased attacks on civilians in the northeast of Nigeria. Instances of attacks include the Metele attack carried out on three military bases in Borno state on November 17 and 18. Security sources stated that at least 44 soldiers were killed in the attacks and a large store of arms and military equipment carted away by the insurgents. These recent attacks are proof that the Nigerian President has failed to keep his 2015 presidential campaign’s promise to eradicate the jihadist group. The shadow of Boko Haram also hangs over the islands of Lake Chad, which has become the group’s new sanctuary.

While the Multinational Joint Task Force (MNJTF) created by the countries surrounding Lake Chad has gained significant ground in the fight against the jihadists, it is clear that this purely military response has failed to completely stem the violence. On the contrary, it has sometimes given rise to the sect’s pockets of resistance. Indeed, after each setback inflicted by the security forces, Boko Haram fighters retreat into the different dormant cells on the outskirts of Lake Chad to metastasize. The more they are harassed, the better they take advantage of porous borders to rebound.

The inability of the regional military forces to combat the Boko Haram insurgents, in our opinion, stems from the lack of will to adopt a broader approach including protecting civilian populations, as well as addressing the root causes of endemic violence in this region. A more robust approach would have brought together different stakeholders to fashion out a plan to protect people and communities. In the face of insurgent challenges, state forces must be aware of their commitment to respect human life and dignity. They must contribute to building peace and preventing future atrocities, even in the context of an asymmetric war against an invisible enemy. In July 2018; a short video of an ad hoc execution in northern Cameroon of two young women and their children, provided visual evidence of the abuses and crimes committed by certain elements of the military in the name of fighting terrorism. These abuses have sometimes expanded Boko Haram’s pool of potential recruits. Indeed, in the 1980s, the forceful response of the Nigerian state led to the strengthening of the Maitatsine insurgency, which is seen today as a precursor to Boko Haram.

One of the ways in which the Boko Haram insurgency can be addressed is through the “push-factors,” addressing the underlying conditions that have created fertile ground for Boko Haram recruitment, notably bad governance, endemic corruption, mismanagement, poverty and the state’s lack of legitimacy. Today, corruption has become a way of life in both Cameroon and Nigeria, particularly within the army and police. Millions of dollars officially released to fight insecurity have actually fueled a vast system of “makeshift” funds for corruption.

This endemic corruption has created a vast “underclass” that for the most part has given up on democratic political solutions and instead relies on access to the looted “spillover” to assure survival. This “underclass” is prime recruitment fodder for Boko Haram recruiters. Stakeholders must recognize that if these issues are not resolved in a transparent manner, all other measures will only be temporary solutions. Failure to tackle inequalities and social frustration could eventually lead to the emergence of another insurgency.

Throughout its existence, the group has also exploited the Almajiri’s system of education. The countries of the Lake Chad region are characterized by the coexistence of two consistent schooling systems operating in parallel, and often oblivious of each of other: the western-style and the Islam-based systems. In Nigeria for example, despite the federal government efforts to integrate modern school curriculum into the Qur’anic school system, about 10 million children of primary and secondary school enrollment age still are not attending formal western schools. Instead, the majority of them are enrolled into the Qur’anic schools.

This situation is all the more problematic insofar as a western-style education is the only guarantee for promotion in the public service. In other words, the great mass of Qur’anic school graduates finds themselves unemployed. In this context, Boko Haram’s speech denouncing corruption and inequalities created by the postcolonial state has motivated popular support. States must find a way to create a bridge that would allow a graduate of the Arab school system to integrate Koranic schoolchildren into a government curriculum.

Finally, there is a need to define a concerted border policy and ensure the effective presence of state authority in some neglected areas, such as the Mandara Mountains or the Lake Chad Islands. The border areas have always been very important sites of violence in the Lake Chad Basin, due to the absence of state authority. Boko Haram’s thriving in border zones reveals the frontier as a space in which there is “an institutional vacuum,” manifesting what John Galaty calls “an entropic theory of borders.” Igor Kopytoff’s “internal frontier” model interprets such interstices between states as laboratories for the creation of new social and political forms, where mutability of border identities and the possibilities of wealth creation generated by arms are on offer, especially to young men. Areas like the Mandara Mountains are indeed places where the political state has often refused to exercise its full authority because of the profits that illicit relationships afford state officials. If states continue to be absent in these areas, we will witness ongoing violence even after the defeat of Boko Haram.

Cameroon claims to be a democracy. Then why are even moderates like Maurice Kamto in jail?

The Contradictions of Boko Haram

Boko Haram capitalized on the problems women face in Northern Nigeria to attract some willingly, while violently forcing others into bondage.

A reflection on police brutality in Nigeria on the anniversary of the death of the ‘Apo Six.’ 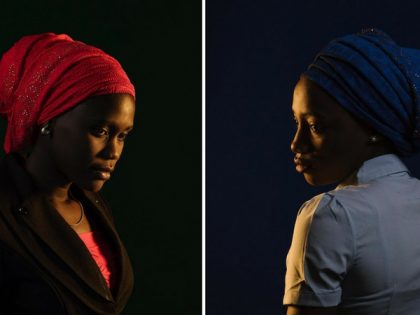 How not to photograph Nigerian women

On The New York Times’ tone-deaf photo-essays of a group of Nigerian women who managed to escape Boko Haram. 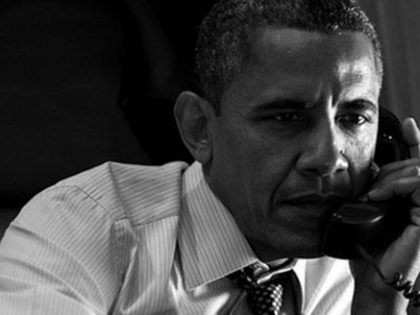 Richard Nixon visited Mao’s Zedong’s China 43 years ago, from 21 to 28 February 1972. His stay was part of Henry Kissinger’s triangular diplomacy in which the People’s Republic of China (PRC) and the Soviet …

Timbuktu, a new film from acclaimed Mauritanian director Abderrahmane Sissako has won a string of international awards, is nominated for a foreign-language Oscar, and is a firm favorite to take the best film award at FESPACO. … 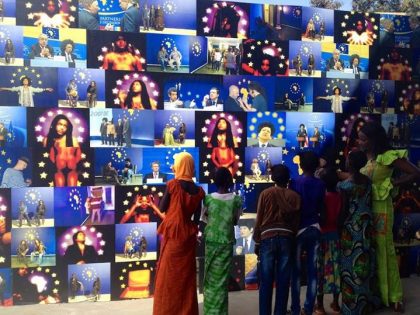 Trouble in the Village

Dak’Art is the only art contemporary biennale of its scope with a mandate to include all artists of African descent.