Zombie statistics are, according to Oliver Hawkins:

False statistical claims which have found their way into the public debate and are repeated endlessly and uncritically. They are called zombies because no matter how many times you beat them to death with evidence, they keep coming back to life.

Amy Keegan, of Wateraid, argues that in order to make progress, we have to kill off the zombie statistics. Although zombie statistics seem to bring a certain situation to the attention of many, as unsubstantiated statistics they are counterproductive, says Cheryl Doss, a Yale economist: “Advocates lose credibility by making claims that are inaccurate and slow down progress towards achieving their goals because without credible data, they also can’t measure changes.”

Welcome to Sodom is based on a zombie statistic that just won’t die, namely that Agbogbloshie is “the largest e-waste dump in the world.” This claim has been made so often by reporters, NGOs, documentary makers, and even some academics, that it seems to have taken on a life of its own. Yet, there is no evidence to support it. What is large about Agbogbloshie remains unclear. The entire scrap metal yard covers about half a square kilometer, while a specialized e-waste site in Giuyu, in China, used to cover 52 square kilometers.

The factoid usually cited in support of the claim that Agbogbloshie is the largest e-waste dump in the world is the tonnage of e-waste that is “dumped” there, often “illegally” and “every year.” In 2009, PBS Frontline released a documentary film called Ghana: Digital Dumping Ground, which states “Agbogbloshie has become one of the world’s digital dumping grounds, where the West’s electronic waste, or e-waste, piles up—hundreds of millions of tons of it each year.” But the documentary provides no reliable evidence to support this estimate, either for the world or for Agbogbloshie.

This is because it cannot be true. According to the ITU, the entire world produced almost 50 million tons of e-waste in 2016, well below the PBS estimate of 2009. As Lepawsky notes, if all containers arriving at the ports of Ghana would contain e-waste, this would amount to close to 17 million tons, not hundreds of millions of tons. Yet, the statistic about millions of tons of e-waste just refuses to die: in 2014, the amount of e-waste dumped in Agbogbloshie was reported in a headline to be about 50 million tons per year. In 2017, another news source mentioned 600,000 tons illegally dumped e-waste in Agbogbloshie, again without a reference to back up the claim. Most recently, the documentary Welcome to Sodom states that 250,000 tons of e-waste is illegally dumped in Agbogbloshie every year. Again, no documentation to back up this claim.

Estimating illegal commodity flows is always difficult, but the real issue is that most of these media reports don’t use statistics based on documented research. Do we actually have reliable data about the import of e-waste in Ghana or the “dumping” of e-waste in Agbogbloshie? In academic research, both the Environmental Protection Agency of Ghana and the Ghana e-Waste Country Assessment are often cited. They state that 215,000 tons of electronics entered Ghana in 2009, of which 30% was new. Of the 70% used electronics, 20% was useable after repair and about 15% or 22,000 tons was e-waste that ended up at informal e-waste recycling places in Ghana.

Although academics are more careful with their statistics, they can also contribute to the (re)production of zombie statistics or factoids. For example, a study published in 2017 cited the same EPA report as discussed above, but revealed that 280,000 tons of e-waste (not 22,000 tons) entered Ghana in 2009. The factoid is now taking on its own life in the Environmental Justice Atlas. How different e-waste numbers can be, becomes clear in a Masters thesis from the University of Ghana, published in 2018. The data is based on people following the e-waste flow into Agbogbloshie for 15 days. It shows that the average amount of e-waste brought in per day is 2,186 kg, which translates to 798 tons of e-waste per year. That is a fraction of the numbers mentioned above.

Is Welcome to Sodom poverty porn? The film is made for a privileged audience and exploits the poor’s condition to create “powerful” and “shocking” imagery to generate both sympathy and guilt. Maybe this combination fits what Flinders calls social anchorage: by triggering these two emotions, the privileged audience can connect for a moment with the lives lived by the people of Agbogbloshie. We are left with a sense that our consumption of electronics is somehow connected to the lives and livelihoods of the people of Agbogbloshie, but we are not helped to better understand the global systems underlying the unsustainability of the electronics we consume. In that sense, Welcome to Sodom entertains us for a while, but it is unable to intelligently connect us with the multiple realities and injustices that shape Agbogbloshie. 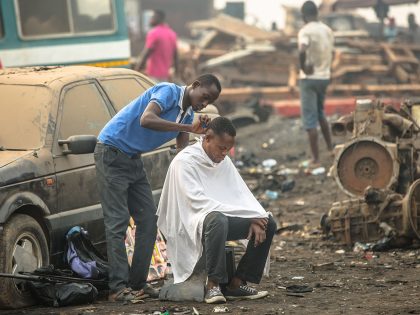 The documentary Welcome to Sodom gets most of its facts wrong about the so-called “largest electronic waste dump in the world.”

The constant struggle of the Sahrawi to assert their identity in the face of a permanent occupation by Morocco. 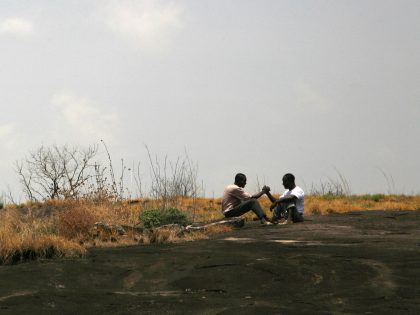 The world today could definitely learn some much needed lessons from the people of Sierra Leone.