Much has been written about the ongoing conflict over the status of the Southern Cameroons. The genesis of the conflict and the issues at stake have been well covered elsewhere. What has not been clearly articulated is the role religion is playing in the conflict and the effect the conflict is having on the religious imagination in the region. This piece suggests that the conflict has perhaps intensified the dynamics of suspicion and trust of religious rituals and authority: Rituals and authorities seen to favor the cause of separation are trusted by the separatists while those who seem to favor other outcomes are treated with suspicion and hostility by them. The same goes for Cameroon’s military, which also treats with suspicion and hostility all religious authority that seem to favor the cause of the separatists. This dynamic has affected the major religious rituals and authority in the country, such as those connected to indigenous traditions, Christianity and Islam.

Indigenous religious authorities such as chiefs and fons (heads of villages and kingdoms) who have, in the main, been treated as respected figures in their communities, have come under increasing suspicion and targets of hostility since the war began. This suspicion is not new. Since the advent of multiparty politics in Cameroon in the 1990s, chiefs and fons have been treated this way. Community members who do not support the ruling party of President Paul Biya (he has been in power since 1982) have treated with suspicion and even disdain those chiefs and fons who have supported Biya’s party, the Cameroon People’s Democratic Party (CPDM). What seems new in the current conflict is that the suspicion has turned to murder, and many indigenous leaders have been assassinated by separatists while others have abandoned their people and fled for safety to other parts of Cameroon. The government has also treated with suspicion those chiefs and fons who have fled their communities, seeming to see them as unreliable allies. These leaders, who often mediate the spiritual and the physical realms in their communities, are now seen as reliable or unreliable depending on the side they take in the conflict. Their social and spiritual authority are being eroded in the process.

Indigenous healers have also come under increasing suspicion and hostility depending on the side to which they are seen to belong. Some indigenous healers are highly respected by separatists because these healers are believed to have the ability to protect them spiritually against the onslaught of Cameroon’s army. For example, these healers often perform rituals involving the cutting of the skin and the application of potions that are believed to protect the fighters against bullets. This is similar to the belief in spiritual fortification that characterized the Maji Maji uprising in Tanzania during the colonial period. In addition to these rituals, use is also made of what is known as Odeshi, which includes the creation of various objects such as bracelets, amulets, and others, that are part of the arsenal that renders fighters invisible and invincible to their opponents. Those indigenous healers who are seen to be collaborating with the separatists have become targets of Cameroon’s military and are sometimes killed.

In Odeshi, however, we see a mélange of indigenous religious and Islamic beliefs and rituals. The amulets that are believed to protect the fighters is part of indigenous beliefs but it is also connected to the Islamic practice of creating amulets that may protect one from the evil eye, for example, as David Owusu-Ansa describes. Apart from the connection the amulets have to Islam, one of the significant advocates of the separatist cause is Abdul Karim, who is often described in separatist sources as a “Muslim Scholar.” He has emerged as one of the most trusted voices in separatist circles. Even though Muslim clerics have joined with Christian clerics to call for peace in the region, these calls have hardly been taken seriously.

Suspicion of Christian authority and rituals may be exemplified by two important events. Christian Cardinal Tumi, the only Roman Catholic Cardinal from Cameroon, is a highly respected figure in the country. However, when he spearheaded the effort to organize an Anglophone Conference in 2018 so that the elite who hold various beliefs about the future of Southern Cameroons could meet and begin the process of dialogue, he was rebuffed by separatists. Also, when the Prime Minister of Cameroon, Joseph Dion Ngute, posted on Twitter that he had met with some anglophone elites to pray for peace in the region, many rejected the event as posturing. While some Christian leaders are said to have been killed by government forces, others have taken to making diplomatic statements that would not place them on the wrong side of any of the camps in the conflict. As the war goes on, it appears that the nature of religion in Southern Cameroons is being redefined, demonstrating that Cameroonians are hardly passive consumers of religion.

Cameroon claims to be a democracy. Then why are even moderates like Maurice Kamto in jail?

Rapper Jovi has inducted himself into a club of Cameroonian artists who have embraced their own truths in the face of adversity.

Social media, repression and the crisis in Cameroon

Despite consistent and protracted attempts by government to repress access to social media and freedom of expression, citizen’s voices are being heard over the internet in Cameroon.

The slave holders on the border

Why do people on the border between Nigeria and northern Cameroon refer to Boko Haram as slave holders? 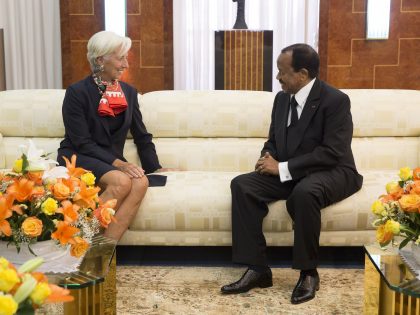 The Biya regime’s grip on power has been exposed more than ever before. It is revolting to watch.

In defense of the Anglophones

The author was arrested for insulting Cameroon’s president, spent 20 days in prison and was deported. He made this statement at his trial. 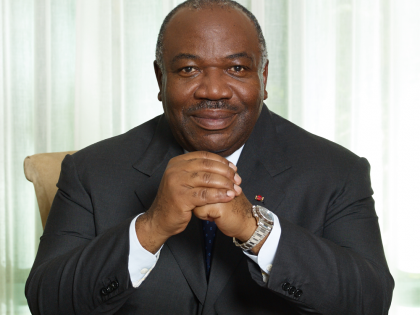