When Ann Seidman died this summer, her family received many tributes from veterans of the struggle in Southern Africa, including former South African President Thabo Mbeki and members of the Sisulu clan (originally from Soweto). It soon became clear that Seidman was an inspiration to generations of politically committed Africanists and to Africans directly engaged in liberation struggles.

Geraldine Fraser Moleketsi, who had been in exile in Zimbabwe and was a cabinet minister after apartheid (in Mbeki’s government), wrote an appreciation of Ann (and her husband, Bob) for “the rigor with which they tackled their disciplines … their commitment to liberation … and above all to critical thinking,” and “of the way … they opened their family home to all of us.”  Barbara Masekela, for a while head of the ANC’s cultural desk and later ambassador to the US (trumpeter Hugh Masekela was her brother), wrote: “Ann Seidman’s work is a living monument which will always be cherished.”

None of this would come as a surprise for those with knowledge of African liberation movements and the history of committed scholarship about the continent. In fact, Ann Willcox Seidman (born in 30 April 1926; died on 13 August 2019) dedicated her life to scholarly activism and to her deep commitment to the struggle for African liberation. She focused in her long career as an intellectual, academic, and activist on the impact of skewed economic development on the lives of people in Africa and the Third World, and on ways to confront and counter the inequalities that have grown within global capitalism.

Ann spent much of her life as a teacher and advisor on the continent. In December 1962 she and her husband, Bob, began lecturing at the University of Ghana, and she worked with Kwame Nkrumah on an economic theory and strategy for breaking neocolonial economic domination of Africa, serving as his economic advisor for the first Pan-Africanist Conference in Addis Ababa in 1963. As a leading dependency theorist, she authored, co-authored and edited numerous books and articles on African political economy. In the late 1960s she published two ground-breaking books as part of this anti-neocolonial project:  Unity or Poverty: The Economics of Pan-Africanism (with Reginald Green) and An Economics Textbook for Africa, aimed at African students, which remained the leading economics textbook in English-speaking Africa for many decades.

From the mid-1970s, Ann worked jointly with Robert Seidman in the area they termed Law and Development, advocating the use of law to construct institutional change that could redress embedded socio-economic inequalities.  During the mid-1980s, based at the University of Boston Law School, they jointly founded an institute to apply these theories in Africa, then in developing countries around the world (including China, where Ann taught at the University of Beijing from 1988-89).

Despite not holding a tenured post in an American university, her work became highly influential within African studies in the US as well as in Africa. Ann was also active in the African Studies Association, serving as its president from 1989-1990. She was an initiator of the ASA Task Force that developed strategies for changing US economic policies in Africa. In her presidential address she called on Africanists to challenge corporate power in Africa, and to help Americans understand the connections between corporate-created poverty in the US and in Africa. Within ASA Ann was an early activist in the Association of Concerned Africa Scholars (ACAS). The ACAS was founded in 1978 to pressure ASA to take political positions on American imperialism in Africa. She chaired ACAS’s Research Committee from 1977 to 1980 and 1983 to 1988, and also engaged in the writing and publishing of US Military Involvement in Southern Africa, edited by the Western Massachusetts ACAS.  ANC intellectual Pallo Jordan, whose father A.C. Jordan, was the first black professor at the University of Cape Town and later went into exile, wrote: “Ann Seidman played a crucial role in the early years of the solidarity movement in the USA. Her family’s involvement in our struggle and South Africa’s future is testified to by [the work of her daughters] Neva, Gay and Judy.”

It is striking that one of the most ringing endorsements of Ann’s life work came from a postapartheid South African soldier. Colonel I. S. Moss, a former MK soldier who became part of the new postapartheid army, the SANDF, was a participant in the Legislative Drafting Workshop held by Ann and Robert Seidman in 1994 at Pretoria University. In a recent comment, he spoke for many veterans:

She was a mother to many of us in the liberation movements. She always taught us to be critical and to separate perception from reality in order to formulate laws and policies that will spearhead and consolidate our new found democracy. May her soul rest in peace. African revolutionaries will always salute her contribution together and in association with that of her late husband. I am privileged to have been taught by them. 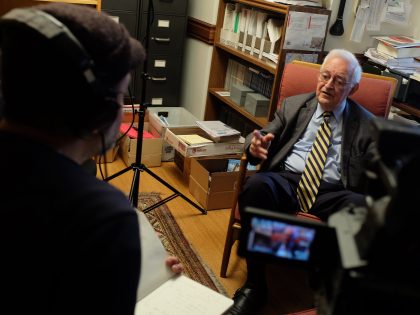 Africa and its peoples were central to the great Immanuel Wallerstein’s intellectual development and political activism. 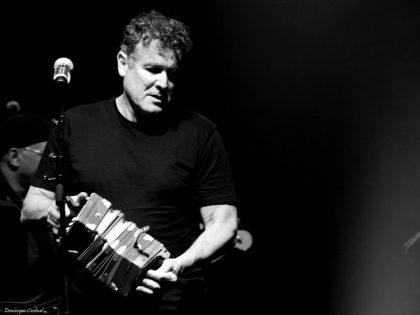 All that French marketing schtick aside about “the white Zulu,” Johnny Clegg was a real one.