Caree A. Banton’s More Auspicious Shores: Barbadian Migration to Liberia, Blackness, and the Making of an African Republic (Cambridge, 2019) offers a thoughtful perspective on the history of pan-African praxis—a perspective that is most welcome given Ghana’s just-concluded 2019 “Year of Return,” with its jump-starting of black celebrity applications for African citizenship. Banton, a Jamaican historian at the University of Arkansas, recounts the emigration of 346 Black Barbadians to Liberia in 1865. They left an island, where the promises of emancipation had floundered due to imperial indifference, to start new lives in a black republic striving for a stable sovereignty, but shaken by class and ethnic rivalry. More Auspicious Shores narrates the complex politics of black solidarity—played out in the ongoing contretemps between West Indian and African-American settlers and indigenous Liberians—that had as its backdrop both the righteousness of pan-African idealism and the condescension of western civilizationism. Meticulously researched and elegantly written, More Auspicious Shores is an important intervention into the early history of pan-Africanism. Banton’s reconstruction of the 19th century black Atlantic offers important lessons for the 21st.

Diasporic African Press has quietly built a reputation as the premier publisher of critical writing from and on the black world. They have combined the re-release of “lost” classics, such as T. Ras Makonnen’s Pan-Africanism Within, with the publication of smart, sharply designed single-issue readers and edited collections. Discourse on Africana Studies: James Turner and the Paradigms of Knowledge (Diasporic African Press, 2016), edited by UCLA historian and legendary funkster Scot Brown, falls into the latter category. Turner, a scholar-activist who founded Cornell University’s Africana Studies and Research Center, is a pioneer in the Black Studies movement. Discourse on Africana Studies pulls together a selection of his essays and interventions, grouped here under the rubrics of black nationalism, the disciplinary formations of Black/African Studies, pan-Africanism and black internationalism, and the politics of race. Together, the essays demonstrate why Turner remains such a revered and respected figure in the field, while showing how his vision for both the political and intellectual claims of Black Studies are as relevant and urgent now as they were when the discipline was born in fire 50 years ago. “The Political Economy of American Investment in South Africa,” for example, which first appeared in the Cornell Review in 1979, remains a remarkable model for what a Black Studies critique of the political economy of imperialism and racial capitalism should look like. If the pedagogical impulse for the Black Studies curriculum is to provide a blue print for education for liberation, then Discourse on Africana Studies is our urgently needed text-book.

M. NourbeSe Philip is perhaps best known to many readers for “Zong!,” her harrowing, long poem on memory, mortality, and the middle passage. But the Tobago-born, Toronto-based writer and intellectual has for many years worked across a range of genres including novels, plays, editorials, and essays. Blank: Essays and Interviews (Book*hug, 2017), contains a wide-ranging selection of Philip’s critical work, much of it previously published but often out of print and exceedingly hard to find. For those who know Philip primarily as a poet, Blank is an excellent introduction to the range and depth of her intellectual engagements—and the uncompromising and torrid terms of her critique. In prose that is sharp, clear-eyed, and startlingly trenchant, and at once profoundly morale and radically experimental, Philip’s interventions tackle question of racism and cultural politics, of diaspora and black geographies, and of language and imperialism. Blank is a stunning collection from a towering figure of black letters.

Aaron Kamugisha’s Beyond Coloniality: Citizenship and Freedom in the Caribbean Intellectual Tradition (Indiana, 2019) offers a provocative, occasionally disturbing, account of the cultural and political economic landscape of the contemporary Anglophone Caribbean. Drawing deeply from the region’s leftist intellectual traditions, Kamugisha, a political theorist based at the University of the West Indies, Cave Hill, is bold and unrestrained in his critiques of the post-independence Antilles. For Kamugisha the modern Caribbean has settled into the contented discomfit of neocolonialism while imbibing the imported elixir of a bootleg neoliberalism. Caribbean states are shaped by clientelism, elite domination, and a vampiric off-shorism while their societies are stratified through a naturalized racial hierarchy whose categories are refracted and distorted through the chipped prisms of class, color, caste, and gender. Working together, these terms and practices constitute the dispiriting “coloniality” of Kamugisha’s title. But there’s hope. Kamugisha finds salvation in the long tradition of Caribbean revolutionary critique, especially across a bridge connecting the writings of C.L.R. James, the anti-colonial Marxist, and Sylvia Wynter, the radical humanist. For Kamugisha, these two intellectuals offer a pathway to a world “beyond coloniality” and towards Caribbean freedom. 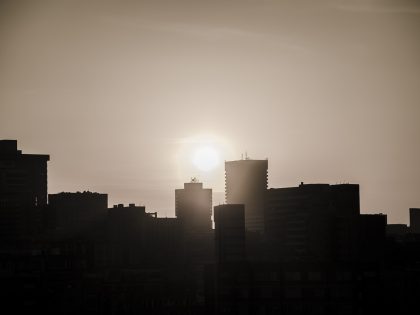 A sample of Africa Is a Country editors and contributors list the books keeping them warm this winter.

What are some Africa Is a Country editors and contributors reading during their northern hemisphere summer break?