Cocoa cultivation is an industry that appears intractably tied to exploitation, abuse, and enslavement. Children as young as 10 years old spray pesticides on cocoa trees in West Africa, usually with no protective gear or training. The chocolate industry—including giants like Nestlé, Mars, Hershey, and Cargill—has repeatedly promised that it will put an end to these practices, but those promised reforms have eluded us for over a century.

The Harkin-Engel Protocol, signed in 2001 among the world’s largest chocolate producers, was supposed to eliminate child labor by 70 percent in West Africa; its initial deadline of 2010 has repeatedly been extended because the companies failed to deliver. As a result, some advocacy groups have used naming-and-shaming tactics to create noise, but these campaigns have also resulted in only paltry reforms. Now a group of human rights activists and lawyers known as the Corporate Accountability Lab (CAL) have embraced a novel legal strategy: asking Customs and Border Protection (CBP) in the United States to file a “Withhold and Release Order” that will block all chocolate coming from Cote d’Ivoire. This is possible under an obscure provision of the 1930 Tariff Act, Section 307, that prohibits the importation of goods produced by forced labor.

The history of chocolate is one of labor exploitation. Europeans first became aware of chocolate through Christopher Columbus, but it turned into a true industry during the Industrial Revolution. In 1847, the first chocolate bar was made and sold in England by Fry & Sons, and in 1875, Henri Nestlé developed milk chocolate. Demand for chocolate encouraged colonizers to set up marketing boards and create infrastructure to produce cocoa cheaply; whole economies in West Africa were built around cocoa.

Hand-in-hand with that demand for chocolate was concern over how it was produced. William Cadbury of the Cadbury Chocolate Company was first alerted in 1901 to the fact that São Tomé’s chocolate plantations employed forced laborers working in dangerous conditions, many of whom were coerced into the work by the Portuguese colonial government. He commissioned reports and worked to end those abuses. By the time Cadbury died in 1957, Basil Davidson confirmed in The African Awakening that little had changed: workers continued to be trapped in contracts in horrendous working conditions. Today, the problem has merely shifted to Ghana and Cote d’Ivoire, where child labor is endemic to the industry and the two countries account for a sizable portion of global production. One estimate from 2016 holds that 2.1 million children are involved in the cocoa industry in those two countries alone. They’re responsible for smashing open cocoa pods with machetes, knocking them off of trees with sickles, and hauling hundred-pound sacks of beans.

Much of the difficulty in holding these companies accountable is the complicated nature of the chocolate industry. Cocoa cultivation is profitable for Nestle and Hershey, but small cocoa farmers face a difficult market even in good times, with many farmers living well below the international poverty line. That in turn increases the pressure on small farms to find labor as cheaply as possible, and children are an easy target. Some children are trafficked from neighboring countries, but many are locals who are taken out of school to work and then stopped from leaving. Companies have thrown up their hands and attributed the problem to rural poverty and the difficulties of the supply chain, while also insisting that the problem of forced labor is getting better.

CAL’s strategy rests on a provision in the 1930 Tariff Act known as Section 307, which prohibits the importation of any goods made with forced labor. In the event that such goods were detected, a “Withhold and Release” would block them from entering the US. For decades, that section has been unenforceable because of a loophole for goods with high domestic demand and insufficient domestic production. That changed in 2016, when Congress passed a law repealing this specific provision. Between 1996 and 2018, just nine WROs were issued by CBP; last year alone, it was seven. Most of these were smaller in scope than what CAL hopes to accomplish, targeting a specific company or factory rather than a product from one country.

CAL hopes to use this relatively arcane law to force companies to actually hold their supply chains accountable. Up until now, companies such as Cargill have relied on social investment schemes such as agricultural cooperatives or educational programs for farmers to encourage them to follow better practices. Their financial commitment to this has been relatively small; they have spent less than $10 million annually on accountability efforts since the Harkin-Engel protocol was signed. Third-party enforcement and inspections have been similarly ineffective, because inspectors only visit a fraction of the country’s farms.

If the filing of this Section 307 complaint works, companies will be forced to hold their supply chains accountable. Of course, this comes with significant potential risk for the economy of Cote d’Ivoire, which is heavily dependent on cocoa exports. The loss of the US export market could potentially devastate the country, as cocoa beans account for around a fifth of exports. To try and prevent this from happening, the Withhold and Release Order gives the companies one final six-month window to implement a monitoring scheme. The demands here are considerable, as many companies cannot account for their cocoa’s origin. They would then have to develop public monitoring as well as a reporting process for violations.

The announcement of this filing will likely provoke the ire of the Ivoirian government, which defends the cocoa sector zealously. The purpose, however, of filing this complaint is to give farmers more information. The fundamental issue facing farmers isn’t labor conditions so much as it is artificially low prices for cocoa, which make it virtually impossible for most farmers to make a living. Farmers meanwhile rarely know which companies they’re selling to because no information exists for them, making it difficult to put pressure on companies or on the government to set higher prices.

Creating a map of the cocoa supply chain could potentially put some power in the hands of farmers. Companies buying from farms employing forced labor could also have more pressure placed on them by civil society. New due diligence laws in Europe require companies to abide by human rights and environmental law in their supply chains, and could open certain companies up to lawsuits if they’re buying from farms engaged in child labor Meanwhile, farmers can use that information against companies that insist on paying artificially low prices. This has to be the crux of activism directed at the chocolate industry going forward: by empowering farmers to fight for more equitable prices, long-term labor abuses may finally be curbed.

‘We are now treated the same as men. We have exactly the same rights’

How women farm workers in North Africa, specifically Morocco, are achieving justice on the job.

Agroecology draws on deep knowledge systems to counter the damage of capitalist agribusiness. 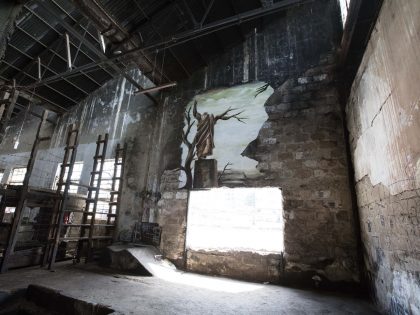 If you love me, help me grow Ghana

It’s hard not to imagine what could have been, or indeed could be in postcolonial Ghana if the political will and right management was in place. 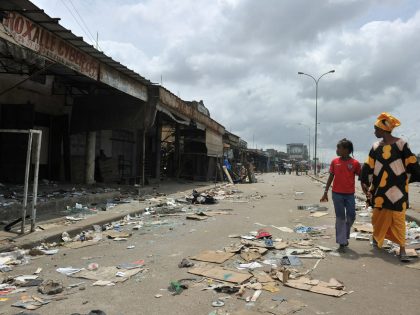 Orientalism takes a different form in sub-Saharan Africa.  There, Orientalists do not emphasize the “Islamic” angle quite as much, although they do sometimes suggest that a “fault line” running across the Sahel, with an …