When researching my book on the ultras phenomenon in Egypt, Cairo’s Ultras: Resistance and Revolution in Egypt’s Football Culture (2019), I was surprised to discover how little has been published on football literature concerning the Middle East and North African (MENA) region. Apart from a limited number of journal articles, newspaper reports of different sorts, and various types of book publications, little has been written on football culture in Egypt per se. In particular, the Cairo ultras had not been looked at in a meaningful way as a significant social movement in recent years. However, as I began to write this reading list, I was pleased to hear of a new pending book by anthropologist Dr. Carl Rommel and look forward to more publications of this kind in the future.

Therefore, my own reading list was wide-ranging because my approach to the Cairo ultras was based on my own experiences during the Arab Spring and its immediate aftermath. This research project on football cultures began with a film, More Out of Curiosity; from which I went on to develop two subsequent films of football and politics in Brazil and Palestine. The readings that developed my Cairo’s Ultras book looked at the ideology underpinning sports organizations, media networks, and ultra fan resistance to the culture of capitalism. This placed the football fan in a wider debate on representational politics that focuses on collectivity in the live event, and how the aesthetic experience shapes the political.

In this way, the writings of Jacques Rancière were formative, and his book The Emancipated Spectator (2008) provided a key framework to consider the politics of the aesthetic moment. In this publication, Rancière continues his philosophical thinking on aesthetics and how social agency lies behind appearance. His examination of politics explores various art practices and radical theater works where the audience is challenged beyond straightforward passive spectatorship. Rancière’s argument considers the viewer as an actor to move from a position of submission to one of active participation, in what he calls “Choreographic Community.” The closure of the gap between performer and audience is in fact a radical transformation of inequality itself and becomes a political act based on the removal of labels that are underwritten by the hierarchies of knowledge. Drawing on his earlier works, such as, The Ignorant Schoolmaster: Five Lessons in Intellectual Emancipation (1991) and Platonic discourses, he weaves together a political and poetic book that, in some ways, summarizes much of his philosophical canon into a short but deeply provocative and engrossing publication.

Research into aesthetics brought me to an accomplished publication, Art, Anthropology and the Gift (2014) by Spanish anthropologist Roger Sansi. Sansi successfully identifies shared methodologies of both art practice and anthropology through the reading of the role the aesthetics play in forming and shaping collective bonds and community. What was most useful to my research was how he expanded the concept of aesthetics, often understood to privilege the Western cerebral perspective, to embrace a wider global critical thinking that includes diverse cultural practices. Specifically, the notion of “Corpothetics” coined by fellow anthropologist Christopher Pinney in relation to his research on Indian photography. Here, the sensual, corporeal, tactility of the somatic is emphasized over the contemplative in an inversion of bio-politics, a disciplinary mode of domination. This form of bodily aesthetic experience is based in movement. While, Rancière’s work remains closely attached to Enlightenment ideals of aesthetic experience, Sansi’s book outlines different anthropological debates on the immediacy of the sensorial in praxis, which closes the gap between subject and object and the detachment of the senses from everyday social life. This visceral vitality in the everyday patterns and rhythms of life removes hierarchies to emphasize collective identity over individual needs and the human imagination over commodity culture.

This research on the sociological approach to the role of aesthetics was extended to think about the Global North-South relations and debates about resistance to neoliberalism. Amongst the critical theory literature I was indebted to was the book Inventing the Future: Postcapitalism and a World Without Work (2016). Authors Nick Srnicek and Alex Williams present a radical economic vision of a future world where work is no longer central to human life and society as automation replaces orthodox labor roles. Amongst the proposals of the book is a revolutionary reconfiguration of free time as pure leisure and other non-monetary pursuits, as a system of universal income substitutes salaried employment for the workforce. In this book, the writers outline how the political struggles of the 20th century have mostly failed and they label them as a type of “folk politics,” while the real power of global financial systems and multinational corporations has remained unperturbed. They suggest that in order to really challenge the neoliberal global order, new forms of resistance are required to take on financial systems and the logic of capitalism. This book has become more poignant than ever given the challenges of this new decade.

Writing in this article in the time of the COVID-19 pandemic crisis is redolent of the three books mentioned, as the virus has exposed the fragility of anthropocentrism and its unsustainability into the future. My own book, Cairo’s Ultras, is a modest contribution to address how the future is inscribed in the present. In the current moment, we may now be facing another tipping point of progressive change, witnessing the debunking of capitalism and the repurposing of technology in order to make it truly useful to a global society. 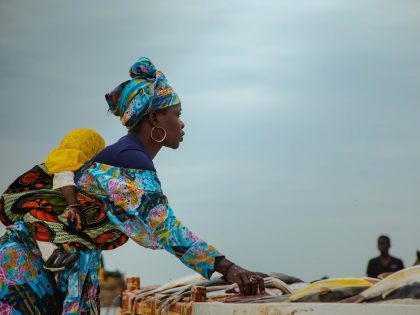 The author and journalist shares a reading list from her time as The New York Times’ Bureau Chief for West Africa.

The historian of South Africa on books she is reading for a new project on women and anti-apartheid activities in 1950s rural KwaZulu-Natal.

The writer, a historian, on scholarly texts, novels, and memoirs that he consulted in writing a political biography of US congressman Mickey Leland and his solidarity politics in Africa.