Rosy images of South Africa as a harmonious rainbow nation, and a guiding light for the world, are long gone. Instead, slow economic growth, high unemployment, extreme inequality, rolling blackouts, xenophobic attacks, and gender-based violence plague the society and economy.

The African National Congress (ANC), which came to power in 1994 with Nelson Mandela at the helm, continues to dominate opposition parties despite gradual but consistent decline at the polls. After a decade of corruption under the leadership of Jacob Zuma, the ANC’s new leader— unionist-turned-Rand billionaire businessman, Cyril Ramaphosa—promised to usher in a “new dawn.” Yet factional battles continue to infect the ruling party, which appears to have few solutions to the country’s major challenges.

Against this backdrop (prior to the coronavirus pandemic), there is an ongoing wave of local protests in impoverished black neighborhoods around issues such as housing, water and electricity. Kate Alexander identified the protest wave as a “rebellion of the poor.” Residents and media outlets call them “service delivery protests.” Regardless of the label, they now define post-apartheid South Africa.

To understand the politics of this upsurge, I spent more than a decade conducting interviews and observations in the places where protests were prevalent. Two themes—betrayal and community —offered a special promise of social movement and transformation, though they also came with crucial pitfalls.

During the democratic transition, and into the present, the ANC promised to provide a “better life for all.” Indeed, the ruling party’s legitimacy rests heavily on the appearance that it is reversing the legacy of apartheid and uplifting the black majority.

As Gillian Hart notes in Rethinking the South African Crisis (University of Georgia Press, 2014), the ANC’s claims of leadership over an ongoing process of national liberation leave the party “vulnerable to counter-claims of betrayal.” Feelings of betrayal loomed large in the impoverished townships and informal settlements where protests occur.

One example is the Motsoaledi informal settlement in Soweto, where residents protested many times for housing and electricity. In one public statement, activists explained that, “the black and ANC government gave [us] an impression ‘it will improve the lives of the black and poor majority’ … The first democratic government in 1994 promised to bring development …still nothing has happened … This [is] making the lives of people at Elias Motsoaledi Squatter Camp to [feel] ‘meaningless’ ” (original emphasis).

Echoing this sentiment, activists from the Thembelihle informal settlement in Lenasia pointed to the urgency that underpinned a 2015 protest: “the ANC makes promises, but fails to deliver. When they do not cooperate, residents are left with no other alternative but to engage in mass direct action … after 20 years we still live in shacks, we need houses now.”

These “counter-claims of betrayal” reflect the critical energy that lies beneath South Africa’s widespread protests. They indicate that residents are not prepared to accept the status quo. The notion of betrayal also provides a moral foundation for resistance, keeping alive promises of equality and prosperity that have yet to arrive.

Building on the history of urban resistance and “people’s power” under apartheid, notions of place-based community added to the emotional fuel and facilitated collective organization. The idea of community signaled a closeness to the poor and working class, rather than elites. Notions of community also enabled activists to build solidarity across the many divisions that permeated impoverished urban areas, from employment and immigration status to political party affiliation.

Party politics were especially important. The ANC’s weakening grip, and in turn the growth of opposition parties combined to amplify political divisions. Community enabled activists to build solidarity across this division. As one activist from Tsakane explained, “We all come from different political parties, but when we march, we march with one voice—community.”

Appeals to community represent a possible point of departure for radical projects. Alluding to solidarity between those who live side-by-side, notions of place-based community seek harmony across various forms of difference, and thus present an avenue for rebuilding the quickly fading rainbow nation. Of course, healthy communities require resources to thrive, and so a politics of community implies a politics of redistribution as well.

As a unit for collective deliberation, community may also serve as a foundation for radical participatory democracy. It is not surprising that activists in protest-affected areas such as Bekkersdal and Thembelihle referred to their organizing spaces as the “people’s parliament.”

Commentators often glorify South Africa’s urban poor as harbingers of progressive transformation. Like any concept or slogan, however, ideas of betrayal and community are malleable. They may align with various political projects.

The evidence from local protests underscores a few potential pitfalls. One pitfall is that betrayal may lead to an emphasis on administrative fixes rather than political ones. In this case, residents look to political leaders and state officials to correct their behavior through narrow actions, rather than demanding and pushing for broader transformation. The idea of “service delivery,” which implies that the government must deliver what it has promised, hints at this possibility.

Another pitfall is isolation. This is what has happened in South Africa, as protests by specific communities remain highly localized, with little solidarity across residential areas. Localization can devolve into competition over access to scarce resources, rather than push for redistribution. Protesters frequently demonstrated this danger when they justified protests by lamenting the resources of nearby areas, despite having similar social and economic profiles.

The task, then, is to use the ideas of betrayal and community to move beyond these pitfalls. It is to harness the frustration and anger that underpin feelings of betrayal, and to leverage the powerful idea of community to build solidarity and advance radical projects. This vision is certainly a bit fuzzy, but promising alternatives for South Africa are currently difficult to find.

Where will neoliberalism end?

The question is not how, or where, or when neoliberalism will end, but if it will, and what the left will do about it. The case of South Africa is instructive. 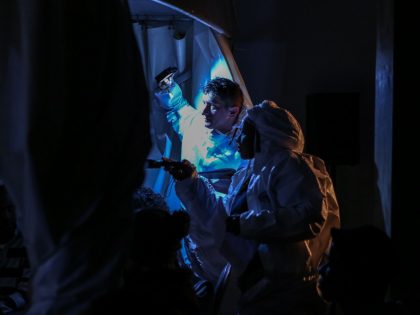 A reflection—by one of the group’s artists—on a Swiss-South African art project exploring eviction and extraction.

The manifestation of climate injustice

Following the new UN report on climate change and agricultural land use, David S. Williams highlights the effects climate changes will have on communities in informal urban areas.