On Tuesday, America heads to the polls in what is being billed as its most important election in recent memory. For good reason, as it presents the chance to vote out of office Donald Trump, an incompetent demagogue whose callous handling of the COVID-19 pandemic provides final testament to the disaster that has been his presidency.

But is Trump really the worst thing that’s happened to America? As Jamelle Bouie wrote in The New York Times not so long ago, “Everything we’ve seen in the last four years—the nativism, the racism, the corruption, the wanton exploitation of the weak and unconcealed contempt for the vulnerable—is as much a part of the American story as our highest ideals and aspirations.” No group of people know the nature of America as this paradox of lofty dreams and failed state—open to all but selectively so—more than the people who desperately try to get in, and who in turn, America desperately tries to keep out.

Joining us on this week’s episode of AIAC Talk to speak about African migration to the United States, are Abraham T. Zere and Aya Saed. Abraham is a US-based Eritrean exiled writer/journalist, and in a recent piece reflecting on his experiences travelling as a stateless person for Al Jazeera, he wrote that “immigration systems are built to make immigrants feel like they pose a threat to their host country and the world at large.” Why are Africans treated as the biggest threat, and not only in Europe where their dangerous journeys for a better life are much profiled, but in America as well, where little is spoken about them at all?

A few weeks ago, reports came out that US immigration officers tortured Cameroonian asylum seekers to force them to sign their own deportation orders. Although deportations and anti-migrant sentiment are a continuous feature of American politics, what’s striking about Trump’s presidency is how much he has emboldened entities in border control and immigration enforcement like ICE—such that they’re adopting Gestapo tactics and cementing themselves as a genuinely fascistic element in American politics, and one bound to outlive Trump.

Aya Saed is a Bertha Justice Fellow at the Center for Constitutional Rights challenging unlawful detentions, counterterrorism practices, the criminalization of dissent, and systemic unlawful policing practice. How have these organizations become a logic unto themselves? Who else is empowering them? How has their evolution been enabled by successive US presidents, and why are they so hard to reign in? As Aya recently wrote on the site about American law enforcement “…as a matter of principle, [it] seems incapable of dislodging anti-Blackness from its daily operation.” How then, can it possibly be transformed?

If you missed our episode last week, we were joined by Sa’eed Husaini and Annie Olaloku-Teriba to discuss #EndSARS and the politics of race, class and movementism in Nigeria. Clips from that episode are available on our YouTube channel, but best check out the whole thing on our Patreon along with all the episodes from our archive.

The stories of African immigrants to the United States tell vivid tales of unimaginable anti-Blackness through foreign terrains.

The labor and political organizing of Somali immigrants in the US Midwest should inspire more Americans to join the broader movement for worker rights and racial equality. 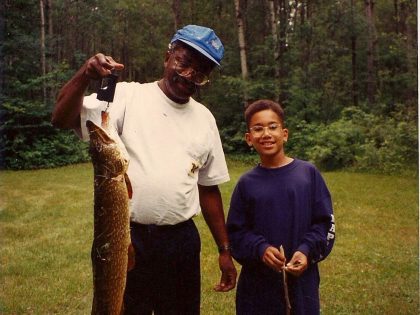 The book of his life

Father’s Day reflections for the time of COVID-19. 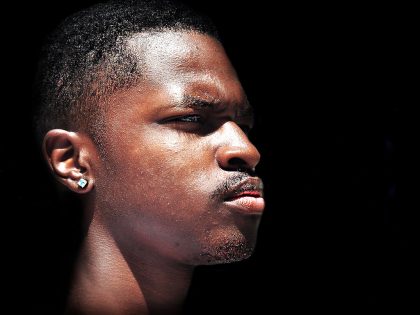