It was while working on a project that traced the rise and fall of Nasserism in Egypt—a political project that emerged during Egypt’s anticolonial moment and that was led by one of the major figures of global anticolonialism, Gamal Abdel Nasser—that I began thinking about traveling theory. I was reflecting on Nasser’s powerful presence, both in Egypt and across Africa, Asia, and the rest of the postcolonial world. A question I repeatedly came back to was, what made Nasserism—as a political project—both singular and powerful? And how might it be connected to our contemporary moment, particularly following the 2011 Egyptian revolution?

Because I was simultaneously thinking about Marxism in the context of North Africa, I had already been exploring Antonio’s Gramsci’s work. I found Gramsci an interesting Marxist to think with because of the way he connected the material to the ideational, as well as his own identity as a Southern Italian and how this influenced the way he thought about dependency, power, and inequality. I found his concept of hegemony especially interesting, not least because it seemed to me one way of answering the question: how might we understand the power of the Nasserist project?

Hegemony, as a concept, is many things to many people. As Marxists are prone to do, there have been endless debates around what hegemony specifically means, where and when we might have seen it materialize, and how it relates more broadly to Marxist theory. What I found interesting about the concept was the way it brought to light the dialectic between consent and coercion. One element of the Nasserist project I thought important was the way it was able to embed coercion within high levels of consent—it is not that violence was not part and parcel of the project, but rather that this violence was in a constant relationship with particularly strong levels of consent. I also found hegemony an important lens because of the way it centres both an analysis of the ruling class and subaltern classes, as well as the way it urges us to focus on political projects rather than individual figures (as tends to be the case with work on Nasser).

As intriguing as hegemony seemed as a concept, I was conscious of its origins as well as the particular context in which Gramsci developed most of his ideas. Gramsci was very grounded in the everyday workings of capitalism in Italy (and more broadly, Europe). While some of his work can be said to be international, the majority of it was dedicated to understanding his own context. What would it mean, then, to use one of these concepts in a context very different to southern Italy? While southern Italy can be said to have been subservient to and dependent on northern Italy, it was still quite different from a context such as Egypt, which was part of the British Empire first and then a newly independent nation soon after. This is where the idea of traveling theory came into the project, as a way of tracing the movement of hegemony—as a concept—from Italy to Egypt. Here I thought with Edward Said’s work on traveling theory, paying attention to how ideas, concepts, and theories change and shift as they move temporally and geographically.

To make sense of the question of hegemony and the colonial context, one place to start is with the debates around Subaltern Studies as well as Third World Marxist traditions more broadly. As scholars such as Ranajit Guha have noted, in the context of the colony, coercion is key. This produces a form of domination rather than hegemony, where what he calls persuasion or what we might call consent is relegated to a secondary concern. Siba Grovogui makes a similar point when he argues that in the colonial context we see an “unparalleled machinery of coercion.” And Frantz Fanon has argued that the ruling class that comes to power after independence similarly cannot create hegemony, because it must answer to global capital rather than to social forces within its own society. What ultimately matters for Guha, Grovogui, and Fanon is that an analysis of hegemony in the colonial or postcolonial context must take into account the differing historical processes that created ruling classes in these spaces. In other words, this becomes key to any understanding of how hegemony travels to the colonial context.

Under Nasserism we see the emergence of a hegemonic project, but one made possible in and through anticolonial struggle and the particular forms of material and ideological transformation that speak to the broader anticolonial consciousness present in that moment across the world. If colonialism precluded the creation of hegemony in Egypt pre-1952, anti-colonialism was, largely, able to make hegemony possible post-1952. On the one hand, this hegemony was partly predicated on the strength of anticolonial struggle in Egypt leading up to the 1952 revolution, and the broader socialist imaginary that existed across the postcolonial world. Various radical movements had already articulated many of the ideas that would become attached to the Nasserist moment, and in many ways, the Nasserist project had the effect of de-radicalizing some of these ideas and the social forces that produced them. On the other hand, there was also a clear recognition on the part of the Nasserist ruling class that cultivating consent was key to amassing power. Whether through the invocation of ideologies such as Arab socialism, pan-Africanism, pan-Arabism and non-alignment, or through material changes, such as free healthcare, education, and guaranteed employment, it was clear that the ruling class saw an investment in consent as important, allowing it to cultivate a hegemonic project invoking Third Worldism, socialism, and independent development. The tragedy, of course, is that even though it was a continuation of these radical energies, it also betrayed them by both falling short of their radical goals as well as unleashing social violence in order to rule.

In Egypt, the absence and then presence of hegemony can only be understood in relation to the particular forms of capitalism produced through colonialism and anticolonialism. There is a larger work where the themes explored in this essay are explored in greater depth. But, it suffices to say that reading Nasserism through hegemony not only unpacks some of the entanglements of hegemony in the postcolony, but also provides an invigorating lens through which to understand the power and legacies of Nasserism as a political project.

Samir Amin’s life resembled that of Karl Marx: a man without a homeland, but one whose home was a chosen commitment to a historical project. 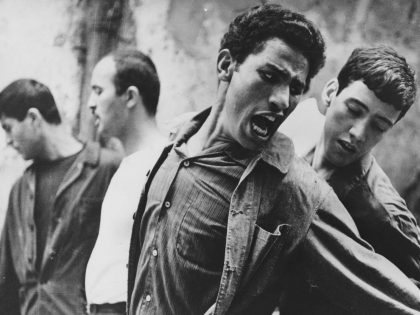 The glut of books on Fanon serve as a guide for reading him through the challenges of our present. But they also reveal the extent to which reading Fanon today is not such a straightforward operation.

if Africa wants to re-imagine itself it will have to look somewhere else than to Europe which “seems to be gripped by an enormous desire for apartheid.”