For several years, Shoprite Namibia—part of one of Africa’s largest and most profitable retail chains—has ignored workers’ pleas for better wages and benefits. Given the company’s profit margins and the multimillion dollar bonuses it pays its top managers, Shoprite could easily have accommodated the workers’ demands but chose to continue with its highly exploitative and union-bashing practices. In 2014, for example, Shoprite went as far as granting increases only to those workers who were not members of a particular trade union. Workers were told to resign from that union in exchange for an increase.

In June 2015, workers submitted a wage proposal to the Shoprite management but were once again ignored. In light of Shoprite’s refusal to bargain at all (let alone in good faith), and angered by the company’s decision to unilaterally impose increases, workers decided to strike in July 2015. The action ended on the advice of the Ministry of Labor, but Shoprite continued to violate the Namibian Labor Act and workers’ rights. Decisions concerning the workers’ wages and employment conditions were taken in South Africa and Shoprite Namibia did not meet its obligation regarding collective bargaining and the duty to bargain in good faith.

In 2020, Shoprite workers—through their trade union, the Namibia Food and Allied Workers Union (NAFAU), which represented the majority of workers in the bargaining unit— demanded an entry level salary of at least R2,500 per month (about USD175), a general salary increase of R600 per month, and the introduction of a transport and housing allowance. They also asked that after 12 months of employment, employees should be treated as permanent workers. These modest demands could easily have been met by Shoprite. Instead, the company offered a mere 5% increase, which in practical terms means an increase of R100 per month for a worker with a monthly income of R2000.

After years of unfair treatment, Shoprite workers rejected this offer and went on strike on December 23, 2020. As Shoprite and its subsidiary companies, such as Checkers and USave, make their money from the purchases by the Namibian public, the Economic and Social Justice Trust (ESJT) called for a consumer boycott in support of the striking workers. The aim was to pressurize the company to negotiate in good faith and to accept the justified demands from its workers. The Trust also called on the Ministry of Labor to ensure that Shoprite adheres to its legal obligations. For example, the Namibian Labor Act states very clearly that during a protected (legal) strike, the employer cannot ask any other employee to do the work of a striking worker. It is also illegal to employ new workers to do the work of striking ones. Such “scab labor” is outlawed in Namibia.

However, Shoprite and its subsidiary companies disregarded the law and provided an example of the rule of corporate power. The Shoprite Holding Company made an operating profit of R7.15 billion (about USD500 million) in 2020 alone, but remained determined to retain its highly exploitative labor practices. The company declared a war on workers and showed complete disregard for the notion of tripartism and negotiations in good faith.  Instead, Shoprite employed lawyers to find ways of circumventing the Labor Act. It went as far as illegally using scab labor during the strike which was confirmed by a High Court judgement in January 2021. Shoprite’s illegal action meant that the effectiveness of the strike was severely compromised, that the striking workers were facing starvation while the company was not even fined for its violations. Furthermore, the police were quick to act against protestors at Shoprite premises, who demonstrated in support of the striking workers and in some instances tried to block the entrance. On the other hand, the police did not step in to prevent the illegal use of scab labor by Shoprite.

These events demonstrated how the balance of power is tilted in favor of corporations. Shoprite stated that it will appeal the High Court judgement and the company did not abide by the High Court ruling. Meanwhile, the company is prepared to spend large amounts of money on a Supreme Court case in the hope of finding a legal technicality and a sympathetic judge to vindicate its violations of the right to strike. Shoprite also realized that the Ministry of Labor was unable to set the tone and enforce negotiations in good faith. Likewise, the Namibian government as a whole failed to pronounce itself clearly and to take action against Shoprite for its flouting of labor laws and disregard of the basic rights of workers.

Shoprite regards most of its staff as easily replaceable and in this case exploited their vulnerability. It used the unemployed “reserve army of labor” to its full advantage. The strike eventually ended in its fifth week as workers were unable to sustain it. The agreement signed provided negligible increases for both full time and part time workers, and the company refused to consider the introduction of transport or housing allowances.

The stage is set for further conflicts in the years to come. Allowing companies like Shoprite to continue their war on workers will not only affect those employed at Shoprite, but also Namibia’s and Southern Africa’s working class as a whole. Shoprite was allowed to set a terrible precedent that other companies are likely to follow.

The Shoprite strike also had some positive outcomes. Communities and several political organizations joined the boycott in support of workers. Acts of solidarity with the striking workers were critical and could play a crucial role in the struggles to come. Likewise, international solidarity, particularly with other workers employed by the same company in the Southern Africa region, could play a central role in making future strikes a success.

Regrettably, NAFAU did not use this strategy effectively to pressurize Shoprite across the region through international union networks. Even the support of national sister unions was muted and weakened the strike further. Going forward, when tackling transnational corporations like Shoprite, workers and their unions must utilize national and international solidarity action to enforce their demands. After all, trade unions have stated for decades that “United we stand, divided we fall.”

‘We are workers, not heroes’

On May Day, what is there to celebrate in Africa?

On International Workers’ Day, we provide a sweeping assessment of the strengths, weaknesses and potential of African trade unions. 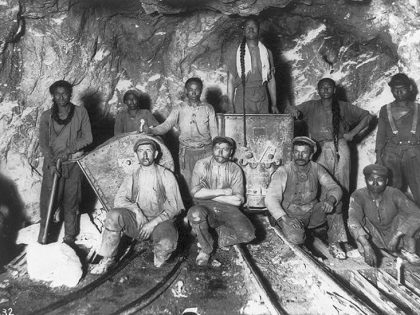 Wobblies of the World Unite

A new history of a radical union that profoundly impacted Southern African politics.

As the commodity super-cycle’s denouement now makes obvious the need for change, at least it is clear to all that Africans are not lying down.