On October 16, 1968, John Carlos and Tommie Smith dared to defy the International and US Olympic Committees by bringing political activism to the podium. They wore only black socks, raised their black-gloved fists above their heads, and looked down as the US national anthem played. It was an insanely audacious act, but far less reprehensible than the injustices Black people had faced for centuries in the US—police brutality, discrimination in housing, schooling, voting and employment. John Carlos and Tommie Smith were expelled from the US team and sent home.

Two days later, on October 18, Lee Evans, a 21-year-old athlete from Madera, California, shattered the 400-meter world record in 43.86 seconds, officially breaking the 44-second barrier for the first time. His record stood for 20 years. On the podium, in spite of the death threats he had received the day before, he took off his shoes and wore a black beret, a symbol of the Black Power movement that he had purchased weeks before in Denver while training at altitude for the thin air of Mexico City. He knew what “his race” meant. The next day, as part of the US 4×400 relay team of four African-Americans, he smashed another world record that would hold for 24 years. Lee Evans, the athletic legend was born. The seminal Mexico moment was the culmination of a rare blend of determination, skill, curiosity, and consciousness. On the eve of the Tokyo Summer Olympics, just two months after his passing on May 19, 2021, we remember him for the lessons he has taught the world.

Evans’ parents were Louisiana sharecroppers. In the 1940s, they moved to the rural San Joaquin Valley and continued farm work. Evans attended schools with few Black and Mexican-American students. He did not see where he belonged in American society until the 6th grade, when he learned from a history book that Black Americans primarily descended from West Africans. As he recounted in the keynote speech he delivered at the 2005 Ohio University Sports Africa conference in Athens, Ohio, “The spirits of my ancestors were calling me back. I am going to go back to Africa for the African who was taken away. I felt that spirit in me.” It was a consequential spiritual self-discovery.

The times preceding the October 1968 Olympics were tumultuous. Martin Luther King Jr. and Bobby Kennedy were assassinated in April and June respectively. The same year, Steve Biko created SASO (South African Student Organization), which led to the Black Consciousness movement. The 1960s were a foundational decade for Black people in sports and in life. Those ebullient moments of Black nationalism resonated not only in the red hills of Georgia, the Rockies, and the mountains of Tennessee and New York. They sounded stridently around the world. Activists rallied to ban South Africa from international sport because of apartheid. Zimbabweans were living under an oppressive White Minority Rule. Namibia was a de facto colony of South Africa. In Mozambique, Angola, Cape Verde, Guinea-Bissau, and Sao Tome e Principe ruled a combination of settler colonialism, racism, and a dictatorship straight from Portugal at the heart of democratic Western Europe.

Events in Africa clearly sharpened Evans’ activism. In 1967, aged 20, he attended a track competition in the UK, where he encountered anti-Apartheid South African poet and activist Dennis Brutus. Evans accepted his offer to attend a South African resistance meeting, recalling: “I went with them to this meeting. Before the meeting started, they stood up, they said a prayer for the brothers who had fallen in the war—I didn’t even know there was a war going on in South Africa. This was part of my education about South Africa.” Evans stayed in touch with South African activists over the years and frequently dissuaded American athletes and coaches from working in Apartheid South Africa. This informed his approach to fighting racism in the US.

Against the backdrop of US domestic and international upheaval and before the Mexico City games, Evans along with Tommie Smith and Harry Edwards created the Olympic Project for Human Rights. No Black coach was on the US Olympic Track and Field staff and the project called for a Black boycott of the 1968 Olympics to protest racism and injustice both inside and outside the Games. Evans’ calls for inclusion and diversity earned him death threats. As he related, “It wasn’t funny when someone threatened your life just for speaking your mind in a so-called free country.” The committee’s demands went unmet, but they took their protest to the games. Still too few Black people hold high-profile positions of power in sports, despite some contemporary progress. Yet, the fact that Evans took a stand on these issues more than 53 years ago highlights how difficult the journey is.

Before the Olympics, Evans was exploring avenues to make deeper connections with Africa. “When I made the Olympics I was a Black Nationalist, I’m proud of my people and we are going to win a lot of medals for America. But most of all I was looking forward to meeting African athletes.” A fervent pan-Africanist, Evans lamented the poor performance of West African nations in track events. Understanding the deep connections between Black Americans and West Africa, Evans stated, “We African Americans were representing West Africa at the time.”

Lee Evans spent most of his post-Olympic career working in Africa, directing national athletics programs in six countries on the continent. Evans first coached in Nigeria in 1976 with the goal of preparing the national team of that country for the 1976 Olympics in Montreal. Ultimately Nigeria, as well as two-dozen African countries and Iraq boycotted the games because they refused to compete alongside New Zealand, which had embarked on a rugby tour of Apartheid South Africa. As famed former Nigerian footballer Segun Odegbami noted, Evans made it his life’s mission to develop athletics in Africa, particularly West Africa.

Several lessons can be drawn from Evans’ remarkable life. First, sports is not solely business. Beyond country, talent, glory, and medals that only a few win, athletes cannot just run in their lanes. They must engage in the struggles of their times and people. The nearly exclusive focus on results and money in sport normalizes inequality and follows neoliberal principles to the detriment of peoples’ lives.

Evans’ humility should be a model for how coaches approach their craft. He noted that the quality and commitment of African coaches needed improving. “Some of the coaches wanted to be the Minister of Sports looking down on the track instead of being down on the track doing the work itself. I didn’t mind getting down on my hands and knees showing them how to do that.” Evans considered his people at every step of his success.

Lee Evans returned to his ancestral land to live out his life. A Yoruba proverb says “No matter how far the stream flows, it never forgets its source.” When the great Muhammad Ali journeyed to Zaire to fight George Foreman in 1974, Ali’s hype man Bundini Brown rapped, “The king is going home to get his throne. From the root to the fruit!”

The fruits of Evans’ career nourished his efforts back home, Nigeria, where he is buried. 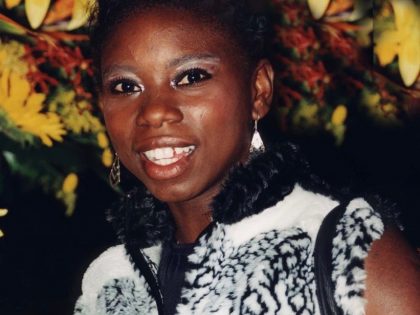 The story of Surya Bonaly, and her unwillingness to yield to racist demands and expectations in the sport of figure skating. 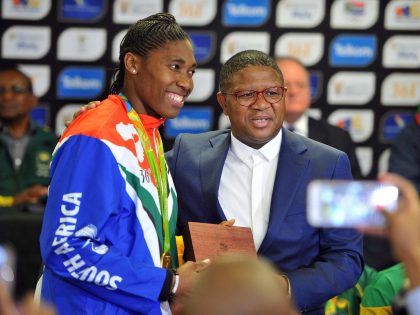 The highlights of the 2016 Rio Olympics, including why Kenyan athletes were not wearing matching outfits at the opening ceremony.

Muhammad Ali’s political life was like his boxing career: as frustrating and contradictory as it was principled and selfless. 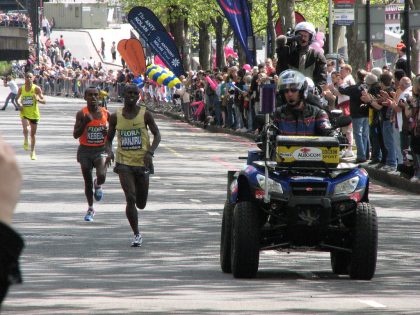 The loneliness of the Kenyan long distance runner

How the death of a very talented Kenyan marathon runner points to structural problems in the country’s national running industry.