I recently moved to a small, cynophilic Canadian city called Kelowna. The first home I visited in this city had a special sofa for dogs. It took me only a few days here to discover that people take their dogs to daycare and that dog doctors are well-to-do. In fact, holding funeral services for demised dogs, adopting stray dogs or financially rewarding lost dog finders are not  uncommon practices in Kelowna. The day I arrived in the city, I was visited by a couple of Canadian friends and their dogs. The visit started out with a tinge of awkwardness because of the way I dramatically recoiled at the sight of these sweet, harmless dogs. It startled my Canadian friends that someone could be that terrified of dogs. However, as I have come to realize, it only takes a minute to get comfortable with dogs in Kelowna (and much of Canada) because they—alongside cats—are human’s best companions.

I have not always been uncomfortable around dogs. I actually grew up in their company. My grandmother had many of them, so many that our house was often jokingly referred to as what in English would translate as a “doghouse” or a “house of dogs.” Sometimes people suspected my grandmother to be a witch because she excessively and uncommonly anthropomorphized dogs. As a child, I learned to love dogs from my grandmother; I learned that dogs love to be petted and cuddled. I learned that dogs have an acute sense of smell and that they can identify or remember a person by how they smell. I also discovered that dogs cozy up to you when you rub them gently in the head or lovingly pat their back. A particular female dog lived with us for so many years. I do not remember the name my grandmother gave her, but I am sure it had “God” and “love” in it. I remember bathing her and carrying her in my arms. I remember how she would follow me everywhere I went. I remember always feeling distraught whenever she fell ill. My bond with her was obvious to everyone in our neighborhood.

And then I moved to the city of Ibadan to study. And my grandmother died. And the dogs in our house disappeared one after the other. It didn’t take long before I discovered that dogs were different in the city. They were hostile and combative. They were trained to hate strangers and capture intruders. I also noticed in the city that dogs were almost always caged during the day and unleashed behind fenced walls and barbed wires at night. I learned, for the first time, in the city, that people ate dogs. I was stupefied when I read in the news about hungry, young city men who specialized in hunting stray dogs for meat. I learned in the city that some dogs eat raw human feces and, worse still, that they eat human beings.

In Ibadan, I learnt about a dog that ate its owner. The owner allegedly traveled for a few days and left the dog alone and unfed. By the time he returned from his trip, the dog was so hungry and angry that he feasted on its owner’s bones. It was also in Ibadan that I learned that people avoid dogs not only because they could be bitten but because they could contract diseases. One of my Ibadan friends once underwent treatments for rabies because he was bitten by a dog after he barged into a fenced house unannounced. While the high-rate of crime in many Nigerian cities might partly explain the overwrought human-dog relationship, the country’s widespread pet-unfriendliness also has a mythical side to it. To own a dog or cat—especially a black one—is to make an open invitation to bad omens or become a suspect of diabolic acts.

Then I moved to Johannesburg, South Africa and encountered dogs trained to hate Black people. While I had come across cannibalistic dogs in Ibadan, I was not prepared for the world of racist canine subjects that I became exposed to in Johannesburg. The first place I lived in the city was a cottage in a white Afrikaner household. They had a boerboel named Lexi. Lexi was an ugly-looking and inordinately-muscled dog that scared the hell out of me when I first saw him. Lexi barked at me unceasingly. My Afrikaner landlady assured me Lexi would get used to me with time and would stop barking at me eventually. She was wrong. Lexi never stopped barking at me but, thankfully, there was a barricade between the main house and the cottage. So, Lexi could only bark, there was no chance that he could jump the barricade and attack me.

After a few years in South Africa, it became clear to me that Lexi barked only at me and other Black people who visited the house. When a white guy moved to the cottage beside mine, Lexi was not hostile to him. When white people visited the house, Lexi didn’t bark at them. This was when I realized that in South Africa even dogs are racist—or, better put, dogs in South Africa often become socialized into antiblack racism. Boerboels were notorious for their aggressive attacks on melanated people. This fraught relationship between Black people and dogs in South Africa goes way back to apartheid days when police dogs were specially trained to hunt and clamp down on Black people—especially protesters—who resisted the dracony of apartheid.

Now, in the post-apartheid era, there are still residues of anti-blackness amongst dogs owned by white people. White South Africa, broadly speaking, substituted its police with its security dogs as a way of protecting its property, privilege, and power. Almost every posh suburban home (a.k.a. white homes) in South Africa has a security dog, some even put a photo of their dog in front of the house as a way of warding off and instilling fear in potential trespassers who are always assumed to be Black. Historically, white South Africa is known to prize dogs more than it prizes Black people. During apartheid days, the South African police held memorial services for dogs that were killed by Black protesters. Today, we hear and know of white families that put their dogs, but not their Black maids, on medical insurance. Of course, there is nothing wrong with dog humanitarianism, only that in South Africa there is an almost unconscious yet “in your face” white attitude that suggests that they’d rather humanize their dogs than dignify Blacks. It was after coming to this understanding that it became less surprising to me that most ordinary Black South Africans (especially men) are exceedingly cynophobic. In essence, in post-apartheid South Africa, security dogs are more or less the unnoticed weapons of a racial cold war; they are white people’s shield of armor and black people’s worst enemy. After half a decade of mingling with Black South Africans, this cynophobia rubbed off on me too.

However, my relocation to Kelowna has, despite the initial trepidations, revived my childhood affections for dogs and I am now thinking of adopting one. At the same time, I have realized that the love for dogs in Canada (and much of the Western world) often becomes commodified. It is not unusual to see people with designer dogs as well as handbag or toy dogs on the streets of Toronto. While acquiring teacup dogs (as they are commonly referred) is not inherently wrong, the rise in the demand for them feeds into the upmarket Western consumerism that creates a proliferation of commercially bred dogs. This is also not unconnected with the rise in unethical canine breeding, which often creates questionable genetic contortions of dogs. In view of this, Canada continues to grapple with “puppy mill” problems.

There is even a darker side to the love of dogs in Canada (and much of the Western world). Cynophilia sometimes becomes cynosexual. While bestiality is illegal in Canada, there were 103 cases of sexual encounter between people and animals reported between 2011 and 2016. And, as the report indicates, most cases of bestiality in Canada or anywhere else go unreported because, obviously, animals are incapable reporting cases of violation. Also, there are many loopholes in the law about human-animal sexual encounters in Canada. For example, in 2013, a Canadian man charged with bestiality had his conviction overturned after he appealed that there was no “penetration” involved in the bestial act. Also, of the 103 cases of bestiality reported between 2011 and 2016, only 47 resulted in people being charged. It was only in 2019 that the Canadian law recognized “all sexual acts with animals” as illegal.

What my vernacular attempt at a social anthropology of dogs across three countries (Nigeria, South Africa and Canada) reveals is not new. If some dogs are beastly and racist, it is because human beings made them so. Canine subjects across the world are masticated, politicized, weaponized and abused.

News reports claiming that “wet markets” in Asia are the source of the coronavirus obscure the fact that the consumption of wild animals is common in the West. 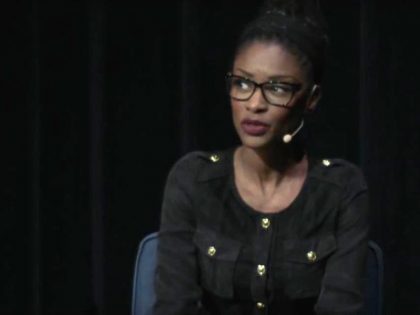 A cure for the Dutch disease

The Netherlands needs a politics that is about race and class and gender and sexuality – not just about class in a reductionist sense. 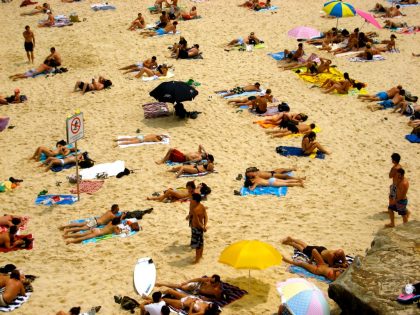 Is there a place where white people are more committed to faux race blindness than South Africa? 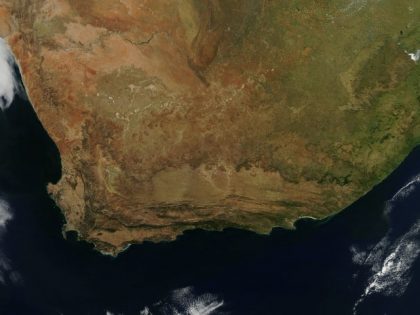 This time, R.W. Johnson, the British-South African writer, had gone too far even for the London Review of Books ‘ editors. They took down a post of his.