The film, This Is Not A Burial, It’s A Resurrection, threads the African deathworld through a sensorial feast of devastating sound, dazzling color, and mournful affects that sear the soul. The opening scene begins with a Zim Ngqawana-esque horn flute, its music composed by Yu Miyashita, that transports viewers to the ancestral underworld. This is a film about the devastation wrought by development on rural communities. The state seeks to remove communities to make way for a dam. While the viewer never actually sees the threatening dam water, from the very beginning, the haunting music submerges us under water. We assemble before our screens to watch a burial that is actually a resurrection, because in African cosmology, death and renewal are a cycle of continuity.

Jerry Mofokeng voices the narrative through music and story, and his somber tones match the lightning and mourning that shoot through this beautifully textured film. In his mouth, Sesotho becomes a haunted language. It is a story told through the furrowed eyes of Mary Twala Mhlongo, an old woman who hovers close to the grave. She seeks death while refusing to be submerged under the metaphors of development and advancement. From the periphery of her community, she holds back the dam waters that would sooner drown them than honor their dead. Through her kinship with the dead, she resurrects her village’s rights to its land. While she cannot stop the capitalist state, she inspires an unruly spirit of defiance against racial capitalism.

The film’s creator, Lebohang Jeremiah Mosese, immerses viewers in rural scenes of the Nazaretha village along the Senqu river in the mountain plains of Lesotho. The landlocked country is inextricably tied to its location—it is surrounded by South Africa—and we see strains of this through the deathworld of the latter country’s mines, where men have labored and died for generations. The death of Mhlongo’s son reminds us that even in this season of xenophobia, South Africa’s neighbors lie buried in the pits of the mines to which black life has been tethered for decades.

This film illuminates a black sociality that revolves around the deathworld and African death practices. Death is writ large in the mountainous landscape. The film summons us to the shadows of the diminishing sun, to sit with the old woman in the soundscape of radio static, and together, we listen to death notices waiting to recognize names of recently dead kin. We assemble in a mournful affect and listen to death on the sound waves. We are beckoned by the widow’s keening in the mountain wind. To live in wait of death is to live with death. It is a refusal to separate the living from their dead. We recharge radio batteries in the sun’s rays to capture the frequencies of the deathworld. Mary Twala Mhlongo is an old widow who refuses to remove her mourning garb. We are transported to director Ramadan Suleman and screenwriter Bhekisizwe Peterson’s Zulu Love Letter, where wondering widows refused to lose the memories of their murdered kin. Grief and mourning are states of repeated dying, all the days of our lives. Our dead are never still. They push against the living, imploring us to tend to them.

In the film, Twala Mhlongo reminds a counselor that “the cemetery is the village” and that we dare not turn our backs on the dead in the name of development. Another character poignantly tells viewers that progress is when “men point their damning finger at nature and proclaim conquest over it.” And nature is this film’s antidote to the stranglehold of death. The natural world lends beauty through the bright fields of flowers, majestic mountains, green fields, red soil of the graves, and splashes of light. The director is adept at the use of color. The costumes sear the screen. Mary Twala Mhlongo’s mourning garb absorbs and refracts color. It is starched black, but it glistens; it is matte; it glows blackish blue; it bounces against the Mosotho blue patterned blanket, lace curtains billowing in the wind, and colorful clothing hanging off walls and clotheslines.

The film is not one of high drama, suspense, thrills, and intense action. It is a slow dance with the dead. Action occurs in the shrill ululation that shreds the quiet and upends the silence that pervades the hills. A horse dashing through the tall grass. There is the thrill and vitality of cattle drawn plows cutting red furrows into the fields. There is joy in the celebration of the harvest, and we are told that this community has all it needs—no one goes to bed hungry. The narrative thread is carried in a terrible sob that shakes the entire mountain kingdom. A mournful soprano pulling a funeral choir along while imploring Maria to intercede on behalf of the dead. A series of breathtaking scenes sewn up together by the director’s invisible yarn.

This story remains firmly moored in place, but it is a story of Third World struggles against racial capitalism. In South Africa, it resonates with the struggles of the Amadiba Crisis Committee and the Mpondo people, who have been embroiled in a protracted fight against governments that are in bed with global mining companies. These communities refuse to leave their dead and to make way for mining. The film honors people like murdered activist and grandmother Fikile Ntshangase’s fight against coal mining in her community in KwaZulu Natal. This is Not A Burial recalls Arundhatu Roy’s activism against dams in India’s river basins, which she chronicles in a volume of essays titled, The Cost of Living. To live on the world’s margins is to be damned to development at the cost of our lives, our dead, and our livelihoods. And yet, as Lebohang Jeremiah Mosese insists in this film, our love for our dead makes us care for the living. The outrage for the death-bound old woman protagonist is a galvanizing rage for those who live to see the atrocities of African nation-states in the stranglehold of late capitalism, with its corrupting influences that poison our air, waterways, land, cosmologies, and our very souls. The depths of our dams in Southern Africa hide a story we do not like to hear. Small states like Lesotho and Mozambique are the lifeblood of the region’s urban water and energy needs. Lesotho’s Katse Dam and its Highlands Water Project is Africa’s largest water transfer program, feeding both that country and South Africa. Similarly, Mozambique’s Cahora Bassa Dam has displaced rural communities. It is now used to convert the Zambezi River water into turbine power, which electrifies Mozambique, parts of Zimbabwe, and South Africa. This is a different narrative to popular discourses of South African largesse in the region. We know little of the graves and communities that were submerged to enable the bounty of these dams. This Is Not A Burial allows us to imagine the screams of rural communities and the keening of their mourning.

In this film that indexes our inexorable march to the grave, Mary Twala Mhlongo gives a majestic performance. She too has since died, but this film will remain an ode to her imprint on Southern African film. Jerry Mofokeng wa Makhetha is an erudite narrator whose haunting tones linger with the viewer long after the film’s end. Makhaola Ndebele’s brooding presence in black priestly garb is a fine match for Twala Mhlongo’s resolutely mournful and inspired act. Lebohang Jeremiah Mosese is a remarkable director whose artistry is a credit to Lesotho and African filmmaking. This Is Not A Burial will not see scores of people watching the film, because it shows a commitment to form and artistry rather than boisterous storytelling. It will, however, leave a mark as an instant classic in the director’s oeuvre. It is a landmark film that is dedicated to beauty and the slow art of fine narration. While the major film awards have snubbed this film, viewers seeking beauty and African artistry can catch it on streaming services like Showmax.

The water oriented away from normativity

What if our starting place is to claim that Africa has always been queer?, writes Johannesburg-based scholar Hugo kaCanham. 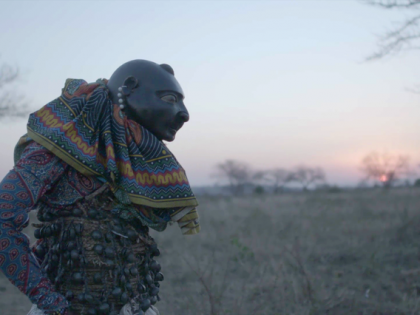 The resilience of culture

The film ‘The Sound of Masks’ explores dance, memory and the meaning of life, ancestry, culture and political struggle in postcolonial Mozambique. 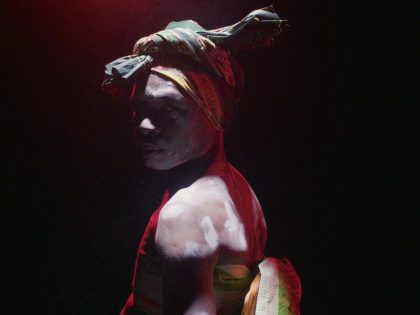 A new film about how Mozambican youth express and negotiate the country’s post-socialist modernity through dance.