A group of street children are forcibly removed from the landfill where they live, taken to a military camp, and held under arrest, unaware of both the reason why they have been captured and the fate that awaits them. “Graced” by order of General Ismail—the mysterious ruling authority—they are released from the handcuffs that keep them suspended from the ceiling. From this moment onwards, they start their new life as nameless Bodies with no personal identity. Subjected to rigorous military training and radical brainwashing, also involving a distorted and politicized use of religion, they are assigned the task of infiltrating the demonstrations that shake the anonymous city in which the plot takes place and wreaking havoc. Their daily life at the camp is strictly controlled not only by the “Heads,” military leaders of whose orders they are mere executors, but also by the Islamic preacher Sheikh Abdel-Gabbar and the greedy businessman Qadri Abdel-Hakim—who “looked like he was carrying all his possessions inside him: his land, his companies, and his apartment buildings.”

Meanwhile, the political dissidents Aida and her husband Murad have moved to the Space, a place where their fellows have taken refuge from the military government that has won the elections right after the disappearance of the former ruler, arrested for mismanagement, and eventually “vanished into thin air.”The latter, in turn, had come to power after an undetailed revolution had overthrown the previous regime—a scenario closely reminiscent of the upheavals marking Egypt’s recent history and ending up with the massacre perpetrated at Rabaa al-Adawiyya Square in Cairo in 2013. The Space is organized as a micro-scale utopian society charitably managed by its members, who partly belong to the Raised Banner, a movement resemblant of the Muslim Brotherhood. They have moved to the Space only to place their expertise and professional skills at the service of the protesters and the neighborhood, as is the case for Aida and Murad.

Basma Abdel Aziz’s second novel Here Is a Body comes as a powerful depiction of post-2011 Egypt, disguised as a dystopia in the same vein as her first novel The Queue. Stripped of any hardcore speculative trait, Abdel Aziz’s oeuvre allegorizes reality in a way that has become peculiar to contemporary Arabic dystopian fiction, a genre that seems much closer to a new, stretched notion of realism than to sci-fi proper. Even when deprived of the “reality effect,” theorized by Roland Barthes, in fact, realism is “capable […] of reappearing in chameleonic and multiple forms, renovated, adapted, reconverted to actual experimentation or cunningly hidden behind façade disguises.” In the case of Here Is a Body, such “façade disguises” are so thin that one can easily think they were only made to invite us to cast a glance at them and see through.

The fictional and stylistic devices that hallmark The Queue—which did not go unnoticed by the several scholars who unpacked this apparently plain, but indeed complex and layered novel—are also found in Here Is a Body. In both the novels, spaces are unnamed, abstract, and blurred, hence trading “one of the most characteristic tropes of Egyptian literature—the city” for a disquieting and almost aseptic setting. Additionally, the narrator mimics the monolingual, bureaucratic, and dry language of power, renouncing to empathize with the characters in any possible way. Even in the chapters of Here Is a Body where a first-person narrator takes over, the tone is nonetheless purposely dull, soulless. Finally, in both the novels bodies are disciplined, traumatized, and disarticulated, beginning with the titles themselves, which promptly reduce people to mindless lumps of flesh, or powerless pawns lined up in a Kafkaesque wait of who knows what.

That said, Here Is a Body digs into the mechanisms of power in Egypt with much more detail than The Queue. Crushed between the military and its Islam-inspired opponents, that “third space” protagonist of The Queue—one made up of ordinary citizens grappling with the practical and moral difficulties of life under the absurd dictatorship of the Gate—appears only sideways in Here Is a Body, shrunk in a narrow corner and doomed to disappearance. On the one hand, in fact, “the System is creating a generation of thugs who are loyal to them and have a grudge against society in general”—as Murad says—while, on the other hand, the Raised Banner gives people “money and benefits so that they stay attached to the movement.” There seems to be no escape from such a combination of oppression and blackmail coming from all sides and targeting the poor, whose state of need makes them fragile and easy to manipulate. The only characters provided with a healthy and “secular” sense of responsibility and commitment toward the community are Aida and Murad, whose fate is nonetheless tragic.

Along with the spatial settings, the familiar space of the nation—another typical feature of Egyptian literature, however, disputed it is—is drastically emptied of its resistive and positive features and put at the service of power. The ignorance of history, an unavoidable consequence of the terrifying misery of the people, and paired with the corruption and the indifference of the government, makes the multifaceted cultural heritage of Egypt just a bunch of unintelligible relics, as the following, iconic episode shows well:

I looked around and I couldn’t see anything of interest. Old statues. Glass cases, some of them empty and some of them containing things that looked like spoons, but I don’t know what they used them for, and some cross-shaped things […]: there was no loot, no treasure to be had. On our way out, Emad saw a corpse laid out. Its head was just a skull and the wrapped body was about our size. It was the body of a boy like us. Emad […] pulled at the shroud so violently that the body fell on the floor. The boy’s skeleton came apart and the bones scattered.

Thus, the homeland becomes just another excuse to control and subjugate the bodies in the name of a country that requires sacrifices without making clear what is at stake and what is to be gained in return.

The depiction of extreme poverty is a pivot of Here Is a Body and comes as a gut-wrenching portrait full of despair and human degradation. Albeit its general condition of misery, the humanity described in The Queue was much more nuanced and showed how individuals can strive to resist their social and economic situation, even when caught in the worst hardship. In Here Is a Body, however, indigence is brutalizing and seems to have no solution except pledging obedience to one of the opposing factions and joining their ranks out of fear and desire to obtain “the carrot, even if it’s limp and rotten.”

Moral and political nuances are shyly staged within these two conflicting fields, though an overall feeling of loneliness and social fragmentation dominates the whole novel. When the paupers’ army of the System finally breaks into the Space and blows away the last stronghold of resistance and active citizenship, it becomes clear that humanity itself has succumbed to the bloodshed: “God decreed, but he certainly didn’t always achieve what he wanted. Victory today belonged to the tyrants and their henchmen. The Space was theirs, and a whole world had died.” 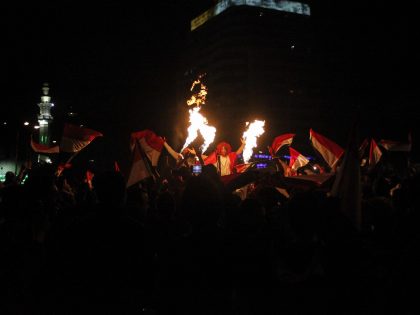 Silencing the past of Egyptian football

The 10th anniversary of the tragedy at Port Said passed without much notice in Egypt. Have Egyptians forgotten, or are they just trying to move on? 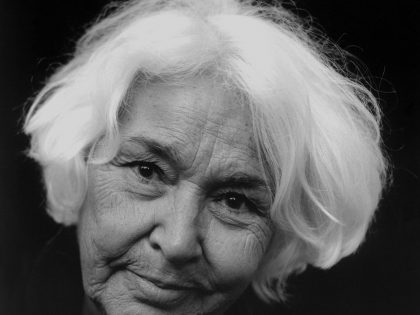 The many lives of Nawal El Saadawi

El Sadaawi died on March 21, 2021. Her complex and evolving positions mean there is more than one version of her to commemorate.

Arabic literature and the African other

Racist, anti-black stereotypes persist in Arabic literature. It reveals a racial anxiety and othering of Africa among celebrated Arab authors.

A meditation on home

A new memoir by South African-American Stephanie Urdang offers a remarkable and feminist view of love, longing and revolutionary struggle.