Writer, editor, events curator, and dance aficionado Rémy Ngamije has been instrumental in galvanizing and awakening the Namibian literary cultural scene—a scene which tends to remain underrepresented and often overshadowed by neighboring South Africa. Yet Ngamije has not always comfortably fit into Windhoek life, nor is he an uncritical advocate of the country. He was born in Rwanda and lived in Kenya for a short while until his family migrated to Windhoek, Namibia’s capital, when he was six years old. Acquiring a new language meant more trips spent reading in libraries and more dedication to writing at school. And the rest is history, with Ngamije making his debut with the publication of his novel, The Eternal Audience of One, in 2019. It is the story of Séraphin, a 24-year-old Rwandan-Namibian law student making his way through trials, tribulations, relationships, and migrant anxieties in Windhoek and in Cape Town. South African writer Mputhumi Ntabeni has described it as a “millennial novel,” a genre associated with writers only in their early 30s and characterized by “rootless, narcissistic, frenetic and neurotic narratives.” Without a doubt, Ngamije’s novel engages a new type of African cosmopolitanism that traverses continents and cities and boldly experiments with style and structure. Ngamije has been racking up accolades: he has won the Commonwealth Short Story Prize and has been shortlisted twice for the Caine Prize. The Eternal Audience of One recently received the inaugural African Literary Award, decided by the California-based Museum of the African Diaspora. Moreover, Ngamije is tireless in his commitment to building an African literary community, and his arts organization Doek! publishes Namibia’s first literary magazine and curates a literary festival. The organization’s headquarters are located in a historic building that used to be a ballroom in the sixties. Under Ngamije’s creativity and leadership, this building now houses an office by day and turns into a salsa club at night. In this Bookends post, we meet a unique, imaginative and quirky writer with sober routines and dramatic daydreams.

Books to stare at
A dictionary and a thesaurus. In the absence of these, the Merriam-Webster app on my phone is always helpful. And books are all fiction for now, because my life is nonfiction and I need a break from the realities of life. A Brief History of Seven Killings by Marlon James is the perfect embodiment of an ambitious story and a book that breaks the rules of language while making new ones; it reminds of what is possible with great writing. Zadie Smith’s On Beauty reminds me that humor is the great accompaniment to humanity. Maaza Mengiste’s The Shadow King comes with a caution: what we remember can be re-remembered; history is not fixed, and there are voices waiting to shape and reshape the present. Terry Pratchett’s Thief of Time, Hogfather, Guards! Guards!, and Night Watch are my current rereads. Pratchett carries white-hot wit on his pages. Maybe one day I shall have his power.

Tunes on loop
Music is infinitely more interesting than whatever I am writing, so if I have it in the background I will just listen to it instead. So no music for me; silence is always best.

Inspiration binges
I watch and rewatch Peter Jackson’s The Lord of the Rings trilogy, Gladiator, The Boat That Rocked, Snatch, and some seasons of House of Cards at least once a year. I also love anime. So Bleach always makes an appearance on the rotation. These days I have less and less time to watch things. I cannot recall the last thing I watched, alas.

Amuse-bouche
I am not a culinary specialist or a foodie who is able to name dishes off the top of my head—or, worse, make complicated recipes at a trot. I am a man of simple tastes in this regard. Sausage rolls are a childhood delight that I cannot resist, even in adulthood. I make really good stir-fries (rice, noodles, vegetables, that kind of thing). There is a good Thai restaurant here in Windhoek that I am a fan of. I love their spring rolls and their noodles with pork. Suffice it to say that I am doing a lot of physical training at the moment since opening my gym, so food, for me, exists as protein, carbs, fats, vitamins, and minerals.

The look
The simpler the better: a comfortable t-shirt (slim fit, never regular fit) and a pair of tracksuit pants. Some sneakers. You will never catch me barefoot or in sandals. Like, never.

Cannot do without
A desk with enough space for: (a) my notebook and (b) my laptop. I need both: the first to draft and the second to type. It doesn’t matter where the desk is; as I have grown older, I have become better at being able to focus on the work at hand regardless of the surroundings.

A recurring dream
I do not remember my dreams, but I do have some recurring daydreams. In my favorite, I am either a lead or supporting character in an epic end-of-days showdown between the forces of good and evil. Swords, axes, maces, lances, broken shields, lions, bears, tigers, dragons, krakens, explosions, screams, wingbeats, and slithering scales—yeah, a lot happens in it. Hans Zimmer and Howard Shore compose the score.

Witching hours
Before, it involved panicking and writing as fast and as furiously as I could. I was younger; I had energy to burn. Now, with other responsibilities on my plate, I have to stop and think about what I want to write. I assess an idea’s value, the time it will take to write something and then craft it, and then ask myself if it is something I really want to write—if it has meaning other than being something that I wrote, if it has a value outside of me. Now I am driven by curiosity and deliberation. I write best in the mornings, before my various administrative and entrepreneurial duties take over. I used to be able to write in the evenings, but I am much too tired these days when night falls. 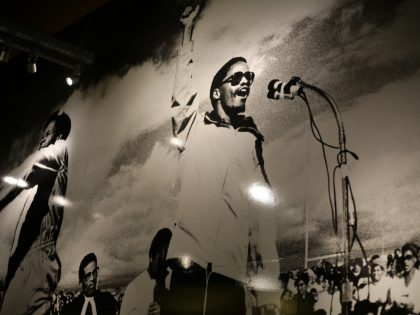 The proper course of justice

The Nigerian-American author of the novel “Harry Sylvester Bird” talks to the Radical Books Collective ahead of her appearance at their book club.

Warsan Shire’s prayer for the unmourned

The British-Somali poet Warsan Shire’s audacious yet uneven volume of poetry captures the quiet loneliness of African immigrant lives in the West.