The classic film, ‘Come Back, Africa’ (1959), now in a newly restored 35mm print, is an explosive film; a strongly political piece, its show the hardship, joy and pain of township life, otherwise closed to the world by the Apartheid regime’s strict hold. Enriched through Lionel Rogosin’s collaboration with the Drum writers Lewis Nkosi and Bloke Modisane on the script, the film possesses a ‘Kafkan sterility’ (Modisane 1990), and tells the archetypal story of the rural man forced toward the city through hardship and the prospect of a better life, something Modisane speaks of with  bitterness in his autobiography Blame Me On History (published in 1963).

Modisane described the protagonist, Zachariah, as a ‘simple rural African’ with stereotypical characteristics of being ‘inarticulate, halting in speech, with very little education’, and yet, ‘he was a man…with quiet dignity and tremendous integrity’. This mixture allows ‘Come Back, Africa’ to screen as an intricate portrayal of the development of a ‘black consciousness’; throughout the film, Zachariah becomes politicized and emboldened through the injustice he suffers, and through beautiful filmmaking his subjectivity develops in powerful contrast to the racist reduction of the black subject to second class — devoid of complexity, emotion or autonomy.

The South African Information Service managed to maintain a level of ambivalence toward South Africa in the US with its persistent offering of South African films at little or no cost but which inevitably explained apartheid in a positive light (Pfaff 2004). ‘Come Back, Africa’ is a break with this trend; it was made independently by Lionel Rogosin, who had already made a name in the U.S as an activist cineaste for his film ‘On the Bowery’ (1957). Told to seek out Modisane, and later, Nkosi, Rogosin’s immersion in Sophiatown through ‘Drum’ eyes enabled ‘Come Back, Africa’ to be made in line with Rogosin’s intention, which was to ‘reflect [black South African] realities’ (Pfaff).

One of the first scenes features Zachariah, sitting on his bunk while working in a gold mine, writing a letter of lament to his mother. Speaking for the first time in English, a low-shot captures Zachariah narrating his own suffering. This is indicative of one of the film’s aims — and that of ‘Drum’ magazine in general: rather than be presented as the disenfranchised, passive African, Zachariah is providing the narrative to his own experience, rather than it being defined elsewhere.

As a historical document, ‘Come Back, Africa’ captures Sophiatown before its demolition, and the cultural riches which were contained within it, including the debate and discourse of the young intellectual class featured in the shebeen scenes. Rightly described by Nkosi as ‘urbanized, eager, fast-talking and brash’ (in Modisane 1990), the political debate over white liberals and their discussion of Marumu’s morality is riveting. ‘If I could get that much color off you’ one of the drunk intellectuals laughs, ‘I could liberate you that much’. In the famous shebeen scene, which features a stupendous performance by the impossibly young Miriam Makeba, they discuss the liberal view, ‘embodied’ in Alan Paton’s book Cry The Beloved Country (1948). They laugh at the liberals, saying they are ‘three days late’, and that they do not want a ‘grown up African’.

While they are talking and laughing, Zachariah stays quiet, and admits that he does not understand their talk. And yet, he agrees — ‘I like it’. It seems to be the beginning of his development of a politicized, black consciousness. This can be linked to the wider emergence of a movement of the same name, which, framed by the tragedy of the Sharpeville Massacre, prompted writers and poets to produce work under this new subjectivity. ‘Come Back, Africa’ is as much a homage to Sophiatown as it is a narrative of hardship. For Modisane, the destruction of Sophiatown was a terrible loss; ‘there was another death gaping at me; I turned away from the ruins of the house where I was born in a determination not to look upon this death of Sophiatown’. The township became a defiant space, a ‘living symbol’ where the art of survival was celebrated, through song, literature and music. This prominence of music in the film is both a testament to Sophiatown’s beauty and a soundtrack of its oppression.

In the painfully beautiful scene at the end of the film, Rogosin captures Zachariah’s wife as she hums mournfully, waiting for his return from arrest. The trembling whistle becomes the woeful final soundtrack to Sophiatown, with panning shots of the cityscape — its pre-emptive melodic obituary.

‘Come Back, Africa’ offers no light at the end of the tunnel as Hollywood has us accustomed to. Zachariah falls apart on-screen at the discovery of his wife’s murder. Their relationship has been given depth; their tender kiss is in contrast to the blatant sexuality of Hazel (and even to Makeba’s untouchable glamour) and it seems to present black sexuality as far distant to the white stereotype of an animalistic, uncontrollable sexuality.

Zachariah’s anguish is difficult to watch. Modisane writes: ‘the crack up of the character, and the man, were so closely linked that we were horrified to be in the presence of the destruction of a man. It was a nightmare we could not control or stop or turn our faces from’. It is this destruction that ‘Come Back, Africa’ makes clear to the viewer. Unlike the Rev Kumalo, Paton’s hero, Zachariah embodies none of the ‘white liberal’ politics, what Modisane calls ‘a cunning expression’. Rather, he was just a man asked ‘to live again his life before the camera’ and it is for this reason that Zachariah’s performance ends with such harrowing gravitas, accompanied by an electrifying soviet-style montage, bringing to culmination the theme of the drumming soundtrack, the relentless oppression and hardship and his heightened political and emotional subjectivity.

In Cape Town, gangs have come to dominate social and economic life for the city’s mostly coloured working class.

A remarkable celebration of African cinema

At this year’s New York African Film Festival, we saw films united by key thematic concerns, some of them quite unexpected. 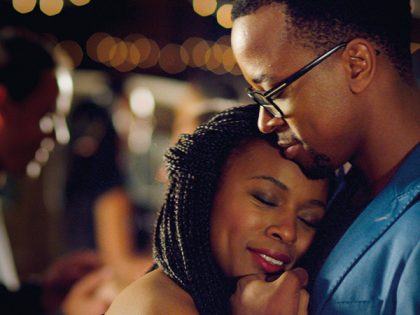 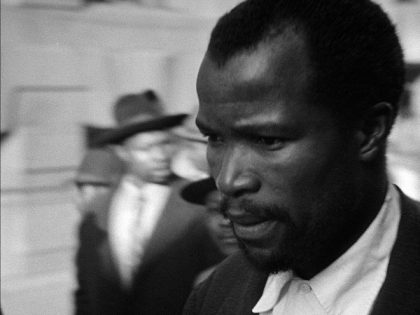