Mutua Matheka is a young Kenyan photographer who has taken it upon himself to re-visualize the city of Nairobi through the lens of the camera. To him, Nairobi has been ill abused by contemporary photographers who have only ventured to show it through the worst depictions of itself, its growing poverty, slums, and eroded infrastructure: “All we have are pictures that do not do the city any good and people, used to seeing them every day, start believing that that is all Nairobi has to offer” (as he told local newspaper, the Daily Nation). And this is the platform on which Matheka’s work stands. He has taken hold of the idea that photography extends beyond mere aesthetics, and can even shape and affect our own sense of self. His aim is to instil in Kenyans, and eventually all Africans, pride in their cities and pride in their place within them.

Matheka’s photography of Nairobi’s urban-scape envisions the city on both approximations of scale: the very minute and detailed versus the monolithic and sprawling, the latter a visual testament to its thriving, absent populace. His focus on light, both soft morning glows and, the more striking, vibrant pulsations of night capture the city’s various moods, energies, and activities that correspond to its inhabitants. While his signature twinkling night lights act as beacons of the metropolis, and signals of industry.

However, the presence of digital remastering within Matheka’s work complicates the reading of his images. With the introduction of digital manipulation, Roland Barthes’s idea (read: Camera Lucida) that the photograph marks an irrefutable place in time becomes more malleable. In Geoffrey Batchen’s estimate, “Digital images are in time, but not of time.” Thus Matheka’s photographs, while marking the historical (now contemporary) presence of Nairobi, they do so beyond the realm of objective reality. Shirley Jordan brings our attention to Regis Durand’s criticisms of ‘photographic excess’ in urban depictions. Photographic excess is brought on by “ocular experiments, which puncture our idea of the real and do violence to any simple idea of representation.” Matheka’s panoramas of Nairobi’s skyline, reworked in Photoshop to provide the viewer with an impossible 200° view, and taken from improbable vantage points, strip away human scale and puncture reality. His wide angles, depth of recession, and focus on the monumentality of his subject dissolve any sense of individual connection with his photographs of the urban sprawl. Additionally, many of his skylines are shot through with irresistible saturations of color, which further numb our senses to nature’s often more muted palette.

Matheka himself notes that this violence is done not only to the viewer, but to the cities, when their images become distorted by photographers, “You look at Paris, New York and Dubai and you just want to visit them, but when you get there, of course they are nowhere close to the pictures you saw.” And yet, it seems that Matheka is trying to force Nairobi into visually conforming to these contrived idealizations found in pictures of New York, Paris, Dubai, and thus to what Rem Koolhaas coined the uniquely, familiar “Junkspace” of the postmodern city. Is this the direction artists should be merrily marching towards — a consensual urban ideal?

For Matheka, it seems the answer is yes. In essence, Matheka’s art is reaching for the future by manipulating the present. He is orchestrating a relationship between what is and what can be in the creation of his urban-scapes. For him this opens up the door to “change the mentality of those living in these cities because if people believe they live in this bad place, you cannot motivate them to make it better.” His work leaves behind present realities for the tantalizingly benefits the future holds in the wake of globalization. And in doing so, maybe, people have something visual to hold onto in their minds eye, and something concrete to hang on their walls. But if he fails, it is because, despite his photographs’ commanding presence, the viewer cannot locate his/her place within them. 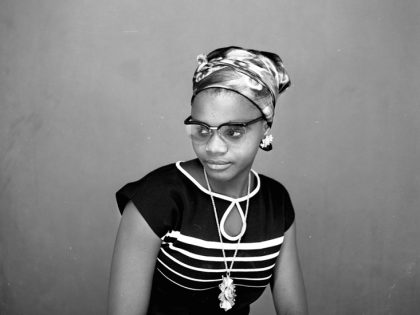 The Archive of Malian Photography 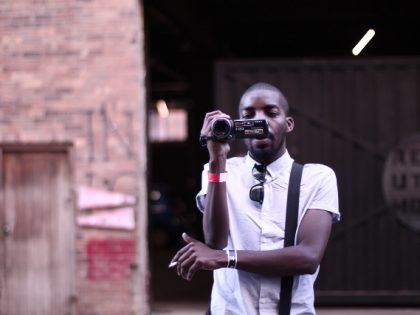 The immediacy of photography

The first in a series of interviews by Roxsanne Dyssell, a South African writer based in New York City. First: Photographer and photoblogger, Karabo Maine. 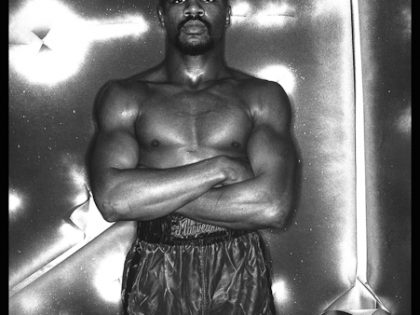 Posing Beauty explores the contested ways in which African and African American beauty has been represented in historical and contemporary contexts through a diverse range of media including photography, film, video, fashion, advertising, and other …