On June 4, 2020, a Twitter user asked: “why is ending rape so contentious and controversial? Why is it generating so much disagreement?” The Nigerian writer, editor, and activist, OluTimehin Adeagbeye quoted the tweet and responded:

It’s contentious because ending rape means ending society as we know it. Rape is the primary tool used to keep women in check plus the ultimate manifestation of men’s unchecked power in patriarchy. How do you curtail women you can’t control? And how do you control women you can’t rape?

The entitlement to a woman’s body—and life—is considered the glorious trophy of masculinity. It is sad that this myth has been at the core of Nigerian society’s view of femininity for centuries and we are refusing to let go of it.

At the onset of the coronavirus pandemic, the Nigerian government imposed lockdowns at different levels. For five weeks Nigerians were told to stay at home. One of the social souvenirs of this period was a surge in rape and domestic violence.

On Nigerian Twitter, this has triggered the #WeAreTired campaign, championed primarily by women who feel the burning need to address the normalized culture of rape. It spilled into physical protests too. However, despite the preponderance of rape and the recent shocking examples in the rape and murder of a University of Benin undergraduate and other cases, the protest met a rigid sandbag in counter-protests such as #NotAllMen and in systemic sabotage involving police officials who requested “mobilization fees” from citizens before doing their job. This act is commonplace—as the police are underfunded, understaffed, mindlessly corrupt, and misogynistic—and provides many opportunities for rapists and sex offenders to evade justice.

All of this boils down to one thing: Rape is not recognized as a big deal. After all, sex is not a big deal. In a country of anyhowness, the Nigerian condition of passive acceptance, and rigid gender inequality, rape can hardly pass the audition in spite of our judicial charade which determines which laws are relevant and which are not.

Simply put, the majority of Nigerians do not understand rape and with this lack of proper understanding little can be achieved. This might seem a harsh generalization but looking at our engagement with the issues of rape and rape culture, there is no denying the near general consensus that rape is a misdemeanor and not a serious violation.

First, rape is a crime. A crime is an action that deserves to be duly punished. It is high time this knowledge found its way into the Nigerian curriculum and social education which glorify patriarchy and undermine a level playing field for both genders. Decades of pervasive ugly norms surrounding rape in Nigeria have made it almost impossible for us to critically engage with rape and rape culture in an honest and open manner.

I once came across a thread on Facebook where a female user posted a question that is common in the “what if” imagination of Nigerians. The internet user posted: “What if your boss rapes you and gives you two million naira?’’ The majority of people who commented on this post were women who approved of this kind of imagined scenario, and who saw the offered bribe for silence as a way for economic uplift rather than an attempt to hush the victim. Not a single person made mention of the bribe, or the fact that a crime would have been committed and a rapist would be at large.

Looking at our justice system, it is on record that only a handful of sexual abuse and rape cases have been successfully tried across the whole country. As of 2019, only an estimated 65 rape convictions have been recorded in Nigeria’s legal history, after almost 60 years of independence. This mirrors the internalized misogyny of the justice system and is largely an adverse effect of cultural and religious influence that has seeped into it, not to mention the legacy of colonial jurisprudence.

Rape is an epidemic the country faces but nobody in power wants to tackle it. This is because, as Adegbeye said, it will change the society as we know it. An end to rape culture will signal the end of male dominance which has been tightly woven into our consciousness. When you cannot subdue women sexually, there is nothing for you to lay claim to. Rapists and rape apologists understand this; the system knows this.

The few stories that get told like those provided by Mirabel Sexual Assault Referral Centre show that rape is not abating despite protests and mass sensitization. According to a recent survey, one in three Nigerian girls has experienced sexual assault before turning 25. The inertia of the system and failure of the police to investigate these crimes means that ordinary citizens are forced to advocate and raise awareness via social media.

The society as we know it must now be radically disrupted and given a new face, one that assures justice and equality. Nigeria is far behind and women pay the heaviest price. 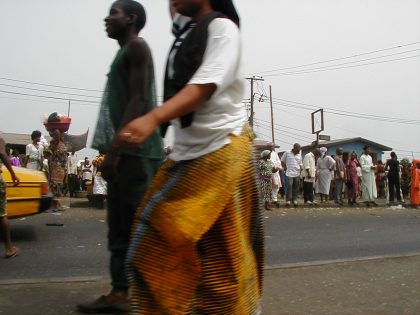 In Nigeria, survivors of sexual violence and workplace sexual harassment know that facts are not enough. 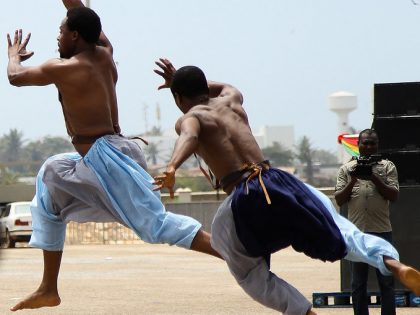 A movement of young feminists are fighting back against patriarchy and rape culture in Afropop music in Ghana.

In a heteronormative society like Nigeria, men are entitled to sex with any and all women.

A terrible failure to protect school girls in Liberia

The privatizing and deregulating education in Liberia as much as white saviorism should take the blame for the sexual violence under an NGO’s watch.