In response to a recent crackdown on protests against censorship in Cuba, last week, United States Senator Marco Rubio put out an op-ed in the Miami Herald calling for the incoming Biden administration to continue the harsh sanctions put in place against the island by the Trump administration. Clearly emboldened by the strong showing the Republican Party was able to pull off in South Florida amongst Latino voters, the GOP is once again using Cuba as a bargaining chip to win political points and gain ground in future US elections.

One group that is getting extra attention in this war of propaganda is rappers, as hip hop has long played a central role in the cultural political imagination of Cuba.

Last month, Havana rapper Denis Solís was arrested by Cuban police for “insulting an officer.” Soon after, an artist and activist group he belongs to called the San Isidro Movement mobilized an occupation of a public square and went on a hunger strike to demand his release. Videos of the subsequent crackdown by the Cuban authorities went viral, and hundreds came out in the following days to protest the heavy-handed treatment. The protests fizzled out after stalled negotiations with the government, but the damage to the government’s public image had already been done.

Contrary to what Marco Rubio wants you to believe, this doesn’t paint the whole picture of what’s happening on the island. First off, there are questions around if Solís’s intentions were driven purely by a domestic agenda. He shouted “Trump 2020” in a Facebook livestream of his arrest, and members of the San Isidro Movement have been seen associating with top US embassy officials. This should come as no surprise to those who know that local hip hop scenes around the world have been co-opted by the US as a form of soft-power influence for years.

Secondly, the rappers that are part of San Isidro Movement are not representative of the rest of the music scene at large. One counterexample is El Individuo, a rapper who was born in Havana after the Cuban Revolution to working class parents. He grew up in the city’s most populated neighborhood, surrounded by the sounds of Cuban Jazz and Timba, but also in a world influenced by US hip hop. About a year and a half before COVID-19 spread globally, just days after Cubans were first able to use data packages on their phone, El Individuo left the island for the first time, one of the few Cuban rappers of his generation privileged enough to travel through his music. He participated in a promotional event in the US, a tour throughout Colombia, and an exchange project in Germany.

Today, he is releasing “2020 Escribo,” a project inspired by those travel experiences, as well as reflecting on what it’s like to return to an island and live under US sanctions and COVID-19 lockdown. The music on this EP speaks to an international outlook both in content and style. As much as the music is Cuban, with Latin jazz and timba influences, it is also oriented towards the global black cultural conversation. It came together after Boima came to the island to work alongside El Individuo, and producers Rasiel Aldama and Dany Arce. The artists were able to sit in the studio together and trade ideas for the creation of a new EP that puts Cuba’s rich musical culture in direct conversation with its US contemporaries. Regardless of sanctions and a constraint of resources, with the help of Boima’s INTL BLK label, the project is now seeing an independent international release, something that was not possible for many years.

El Individuo represents a broader generation of young people from across Latin America and the South that are asserting their belonging in the global society. His personal journey shows a young person aware of his position in a world that continues to perpetuate inequality, racism, and the greed that has led us to living on a planet on the brink of climate collapse.

Such desire to assert one’s humanity in the face of a Euro-American capitalist system, that is set up to deny it, is not unique to Cubans. What sets El Individuo apart then, is that as a representative of a nation that has been fighting US imperialist aggression for more than half a century, personal reflection has geopolitical resonance.

Marco Rubio helped architect the Trump administration’s actions against Cuba, which have been devastating and caused widespread suffering on the island. And such sanctions aimed at the government rarely achieve the effect of punishing the regime that they claim to do. Those who suffer most from such sanctions are actually the target country’s most vulnerable and marginalized populations. Advocating for a strategy that would punish these segments of society, in hopes that they would rise up against their government, is an expression of domination that actually embodies the disregard for human rights and dignity that Rubio claims to be against.

In contrast to the hypocrisy of claiming to want openness by shutting down borders, this project is an example of a collaboration that can be produced based in transnational solidarity and a spirit of openness that values the participation of Cubans as equals in a global community. We hope that it can serve as an example for what a US-Cuban relationship can look like in the near future and beyond.

How socialist Cuba’s foreign policy of solidarity with Africans, midwifed a new genre of music on the island. 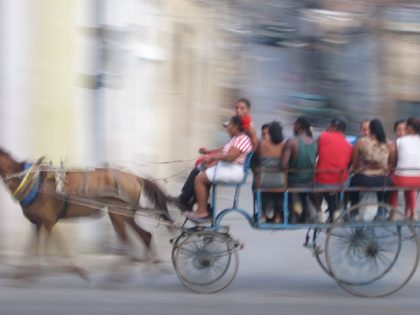 The place of race in Cuba

Cuba achieved more for Afro-Cubans in 50 odd years than in the 400 years before that. However, socialism did not resolve the question of racism on the island. 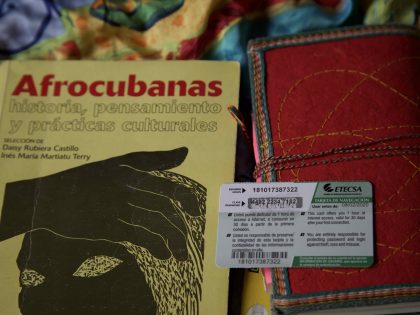 Coming to voice in Cuba

Thanks in part to the internet, Black women in Cuba are now able to forge space and create visibility for themselves.