This post is from our series Capitalism In My City, presented in partnership with the Mathare Social Justice Centre in Nairobi, Kenya.

Those who have lived in Mathare know the various challenges faced by the many people that call this place home. When I say Mathare, I mean the whole six wards in Mathare. We lack basic services and needs; there is poor sanitation, a lack of proper housing, and a lack of jobs mostly for our youths. Many of us also count ourselves lucky if we have food every day.

At the same time, youth between 9-30 years are now increasingly using drugs. And I want to highlight why they are into drugs, where they get the money for drugs, and how this makes them a target of police abuse of power, including: extrajudicial executions, enforced disappearances, extortion, and arbitrary arrests.

The connection between drugs and crime among the youths in Mathare is seen, for instance, when they involve themselves in criminal activities like petty robbery in order to get money to buy drugs. Criminals also use drugs as a form of boosting confidence before they get into crime. At the same time, due to arbitrary arrests happening daily within the slums, youths are detained on allegations of drug use and trafficking, which land them in jail. After they are released, they come out being hardcore criminals, involving themselves more in crime.

Being born and brought up in a family that sells and uses drugs creates an environment for one to get into crime as well. This is even if your family are selling “illegal” alcohol and drugs to make ends meet; there are barely any jobs for us from Mathare, and our mothers selling chang’aa has enabled us to eat and go to school. But the addiction that comes about, even when one just started with small doses, can change one’s life completely. For example, Sandra, a woman I know said:

I am a mother of two and I am in my late twenties. My addition started when I was just a young girl. My mother used to sell chang’aa [illegal alcohol] and sell shash [marijuana]. I first indulged in drugs when I was just eight years old and I would take the drugs unnoticed and use them without anyone knowing. My thirst for money and harder drugs increased, and I started spiking the drinks of the clients who came to drink in our home, and I would steal from them any valuables I would find like watches, money, phones, and any other thing that would equate to cash. That’s how I got myself into crime and to date I still go to the big bars and clubs, and when I see an easy prey, I spike their drink and run away with anything I could lay my hands on. The desire for money and addiction to drugs is what makes me do this. I blame my mum for this because were it not for the environment she brought me up in I would have studied, and I would be a better person in the society.

But depression and life situations also can influence us to use drugs. Halima (20), a single mother from Mathare also shared that:

When I was just a small girl my dad was killed by the police after he was labeled a criminal. After my father was killed, me and my brother were raised by a single mum and life was not easy for us. At the age of 15 I got married and got a child. When my child was two years old my brother got arrested and jailed. My husband had a road accident the following year and died. I was left to raise my kid alone and this drove me to depression, and I started using drugs. It got so serious to the extent that I was not able to raise my kid and my mother-in-law took him to raise him.

We can see that the government also has a role to play, they create and sustain this negative environment. When I interacted with most youths here in Mathare, I understood why the Kenyan authorities and young men in the slums play a cat and mouse game: they are like water and oil, they can never mix. According to most youths in the area, they say that instead of police officers maintaining law and order and protecting life, they make crime increase. The police are the ones who provide guns to them to go and commit crimes, and police get money from drug dens, ensuring that drugs are always sold where poor people can see them, where poor people live.

At the same time, the police are arresting youths daily using fabricated charges, and some end up being disappeared and others are killed by police. This makes youths get into crime and use drugs because they have given up on life, and they don’t know who will be next in the hands of a killer cop.

The protection of drug peddlers is also enabled by many people “in high places,” who protect them and protect their interests. These people have both interests in drugs and in crime and stopping any of these businesses would definitely cost them a lot. These peddlers include politicians, the police and the so-called local business community.

It is said that politicians are the ones who own these drugs, and they have to protect the people who sell them to ensure that there is regular flow of cash. These politicians are the ones who benefit most from criminal groups, and the ones who do nothing when we are killed. They use the petty drug dealers to cause mayhem during campaigns and other political functions, by just giving them some drugs and little cash that can make them go wild. And the police know both the politicians and those who sell drugs. But for them they make it a profit: they go to these dens daily collecting cash, which people call ushuru [taxes] or tango, and if they target anyone, they target the young men peddlers trying to make ends meet not the politicians.

The taxes they get, given out by the peddlers and other members of the “business community,” are costs for protection, making sure that drugs can be sold another day. And it is the poor who suffer the most because of these profits, like Halima and Sandra, when their families are torn apart. 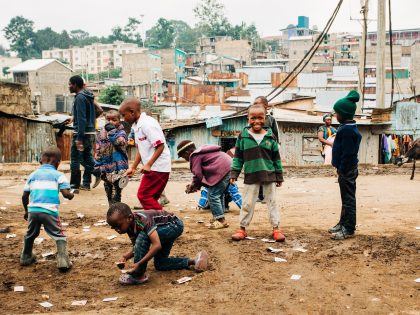 Homelessness and (un)affordable housing in Nairobi

I’ve lived a good part of my life in Mathare 4A, part of the larger Mathare slum in Nairobi. Decent housing remains a pipe dream for the majority of the city’s residents. 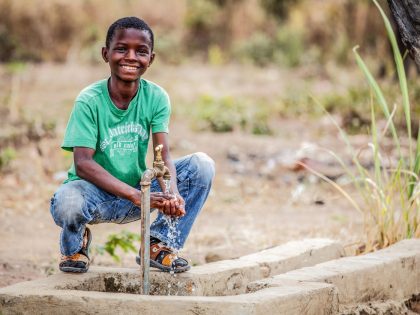 How is it that water flows freely and cheaply in Nairobi’s wealthy neighborhoods, but thousands of people in informal settlements are denied access to it?