So far on this season of Africa Is a Country Radio, we have aimed to contextualize the musical cultures of various port cities on coasts of the Atlantic and Indian Oceans, and have come to see how in the face of forced migration, forced labor, and territorial imperialism, cultural hybridity has come to inform ideas of resistance, notions of citizenship and belonging, and defined people’s claims to humanity. Now we will visit another city that epitomizes this idea, but one that happens to sit at the nexus between the cultural spheres of both oceans, Cape Town, South Africa.

In 1652, the Dutch East Indies company set up the Cape Colony as a refueling station on the way to its Jakarta colony in Indonesia. A few years later it would become the first settler colony of a vast capitalist trade network that stretched from New York to Brazil to India and Indonesia. With need for labor in its colony, the company would import slaves from the Indian Ocean, and by the time the British took over, a distinct Indian Ocean and Atlantic Ocean influenced creole society had emerged.

Like all settler colonies, a distinct racial hierarchy was put in place. But it wasn’t until South Africa’s official policy of apartheid that this social stratification would become so clearly etched onto the face of the city. While the carving up of the city would leave an indelible mark on the culture of the city, the resilience of the people would shine through via culture, particularly music, and would help inform the political resistance during the antiapartheid struggle.

In the post apartheid years, Cape Town has once again become a globally connected city with a multitude of cultural influences. Yet many stains of the white supremacist past remain, along with a continued legacy of resistance. In this month’s episode of Africa Is a Country Radio we will talk to two Capetonians, who also happen to be key members of the Africa Is a Country team. The website’s founder, New School professor Sean Jacobs and editorial board member and filmmaker Dylan Valley will join us to talk about their musical experiences growing up and living in Cape Town.

To frame the social history of Cape Town, we will also hear clips from an interview with researcher and author, Valmont Layne, that were originally conducted by Anne Strainchamps and Steve Paulson for the To the Best of Our Knowledge podcast. They graciously let us use unpublished parts of their interview for our episode, you can hear their episode on the global impact of jazz music on their website. That interview comes to AIAC via our recent partnering with the Consortium of Humanities Centers and Institutes at the University of Wisconsin-Madison.

Tune in today, Friday, February 26th from 2pm to 4pm GMT (9am to 11am EST) on Worldwide FM to listen live. After that, visit the show page our subscribe to our Mixcloud for the archived version. 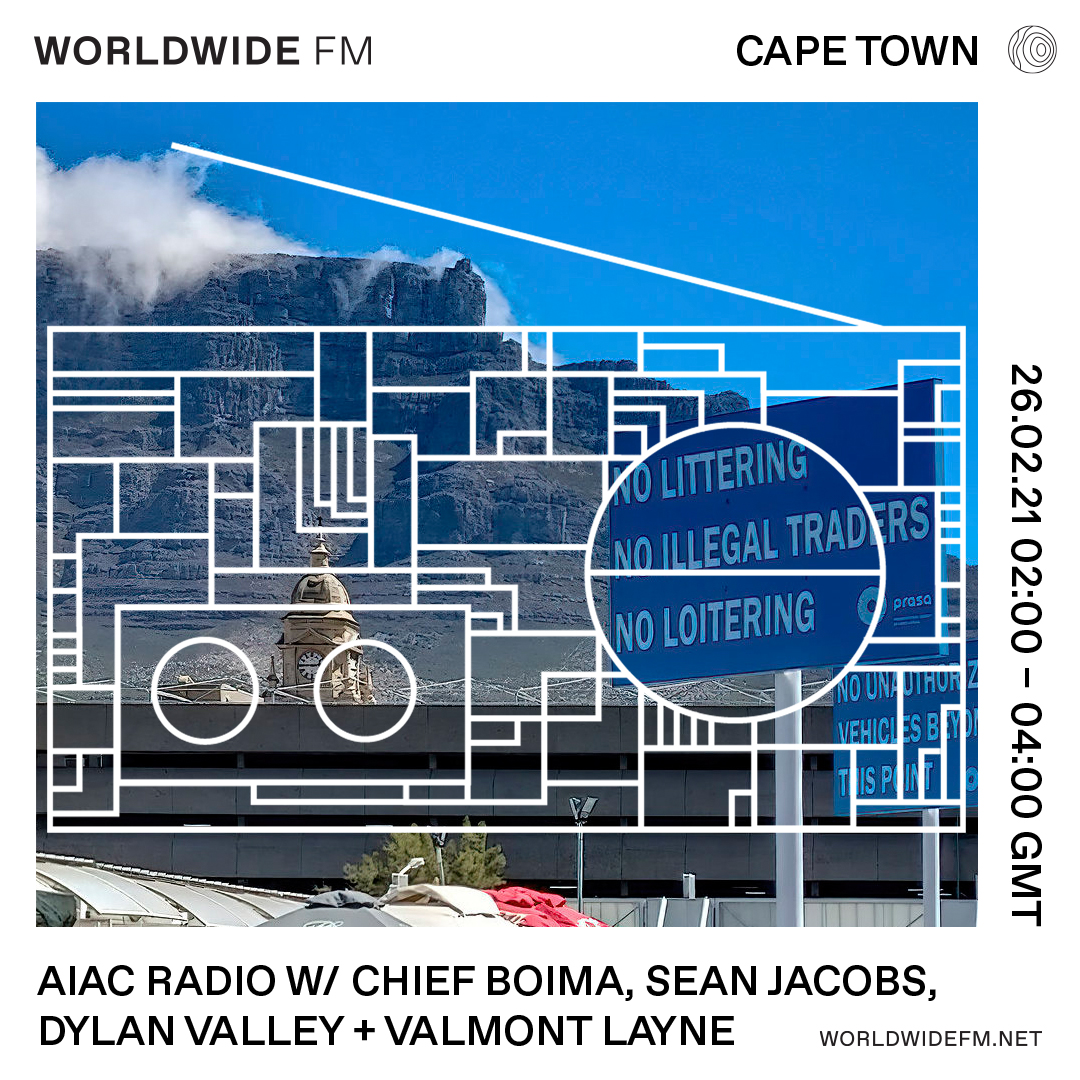 On this month’s AIAC Radio we take a visit to Djibouti and explore music cultures around the Indian Ocean that resulted from a long history of Asian and African exchange. Listen on Worldwide FM and follow us on Mixcloud.

Breaking with the usual media conversation about the carnival that recalls Cape Town’s slave past.