At the time I was reading the books that I list below, nothing seemed predestined for me to become a writer. As I read them, I was amazed by the talent of these writers, who transported me into these wonderful worlds. And since I have now become one of them, I often go back to that moment of wonder and get inspired by their novels.

When I decided I would try my hand at writing, I was living in Nigeria and I read The Palm-wine Drinkard by Amos Tutuola. It was a revelation! Here was someone with no formal education writing some of the most beautiful pages of literature. While some argue about its literary quality, it was his imagination that impressed me. His use of language defies the colonial mindset of a certain educated elite who are embarrassed by his English. Tutuola imagines a village where a drunkard is depending on the palm-wine tapster. And when the latter dies, the drunkard decides to go and get him back to life from the place where all dead souls go. On his way he travels through strange villages and meets bizarre creatures to finally be reunited with his tapster. With his mixing of realism, fantasy and fable, Tutuola can be considered the father of African science fiction. After finishing the book, I understood that without imagination, literature would be nothing but empty words. Tutuola´s novel paved the way for my first book Carnet secret de Lakshmi (Lakshmi’s Secret Diary). Using mythology, Dalit consciousness, and surrealism, my first novel is about the colonial experience of a temple elephant, a flying fish and a three-and-a-half-legged dog who pretends to be a spiritual guru. This philosophical fable talks about caste system, maroons, and Rastafarianism.

Gouverneurs de la rosée by Jacques Roumain (1942, Haiti) is another novel that I had in mind while writing my first book. It was translated as Masters of the Dew by Langston Hughes and Mercer Cook in 1978. I was 13 years old when I read my first non-French novel in Pondicherry. This book about love, solidarity, and the life of former slaves in Haiti made a deep impression on me. For the first time, I was reading the history of a former colony like mine set out of the French geographical area, and I became aware of the importance of writing one’s own history. This literary experience followed me throughout my life until I had the opportunity to write my book. After fifteen years of absence, Manuel returns to Fonds-Rouge, Haiti. The village is in the grip of drought, the inhabitants live in poverty, and there are daily tensions. Manuel, who has worked on sugar cane plantations in Cuba and knows the techniques of irrigation, manages to find a water source. After sharing his secret with Annaïse, he tries to persuade the divided villagers to work together to get the water flowing. In a final attempt at reconciliation, Manuel succeeds in bringing dignity and reconciliation back to Fonds-Rouge. Roumain gives us a life lesson, dare we say it, through an example of a struggle to raise the part of humanity within us.

In the same way, A. Sivanandan’s When Memory Dies (Arcadia Books, 2007) had a strong influence on my second novel Le Thinnai. Through the viewpoints of three generations of a Sri Lankan family (from 1920 through the 1980s), Sivanandan explores a culture destroyed first by colonialism and then through the ethnic divisions that are released when the country achieves independence. This book helped me to structure the story of different generations (from 1760 through the 1970s), who lived under foreign domination and the post-colonial period.

Sadat Hassan Manto’s Bitter Fruit is a huge influence as I write my short story collection Nocturne Pondichéry. Like him, I wanted to explore the dark side of the colonial city that is Pondicherry. Almost all the stories tackle taboos in some way, whether it is prostitution, alcoholism, or rape. Despite the gloomy themes, I liked Manto’s humanist approach. As a novelist I tend to write at length with a lot of details, but this book made me understand the structure of the short story and gave me the courage to describe the psycho-social aspect of a city and the darkest depth of human depravity.

The Buru Quartet (1980-88) is a series that accompanies me in the writing of Une saga Pondichérienne, the novel that I am currently working on. I discovered this literary quartet during my stay in Indonesia in 2006. Told orally to his cellmates in Buru prison, Pramoedya Ananta Toer only transcribed it after his release. He is undoubtedly Indonesia’s best writer. The story is set in Java under the Dutch regime and tells the life of Minke, the first native boy to attend an elite Dutch colonial high school, and who is disillusioned by the supposedly progressive European ideals and forges his own Indonesian identity. He then decides to fight against colonialism by educating his fellow Indonesian natives.

I cannot end this reading list without mentioning the greatest writer from my native island Madagascar who instilled in me the art of the poetic novel. Jean-Joseph Rabearivelo is the greatest modern poet of Africa. His novel entitled L’Interférence, written at the beginning of the 1930s is worth the detour. He has left us a book that feeds our knowledge and our reflection on the Red Island. It is an immersion in the history and culture of Madagascar from the time of Ranavalona I (1828-1861) until the abolition of the Malagasy monarchy (1895). The author tells the story of a noble family from the central highlands. The ruin of this family and the fate of one of its heirs appear to be the result of an unfavorable political situation and an education characterized by privileges. It ends with the death of the nobility due to their greed. 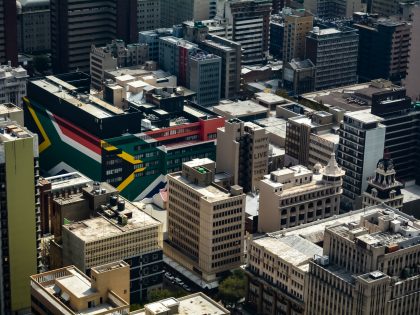 What happens to the contemporary explosion of moral panics, urban legends, and other paranoid narratives when they manifest in a place like South Africa? 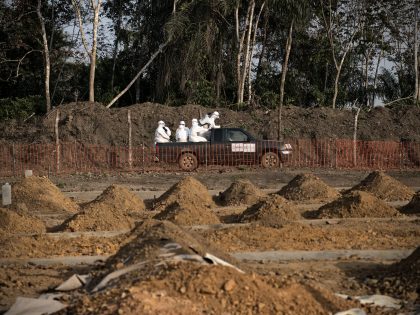 To address a difficult and traumatic subject like Ebola, the writer Véronique Tadjo turned to oral literature for inspiration.