This article is a part of our series of reposts from The Elephant. It is curated by editorial board member Wangui Kimari.

Kenya has lifted its 10-year ban on Genetically Modified Organisms (GMOs). The World Health Organisation (WHO) defines GMOs as organisms (plants, animals or microorganisms) whose genetic  material (DNA) has been altered in a way that does not occur naturally through mating and/or natural recombination.

Proponents of GMOs are lauding this as a good move towards addressing the issue of food insecurity  at a time when 4.1 million Kenyans are facing hunger. While it is clear that food insecurity threatens  the life of millions of Kenyans, lifting the ban on GMOs is not the solution.

Since the production of the first GMO crop in 1983, there have been significant environmental and  health concerns regarding these crops. A joint statement published in a scientific journal in 2015 by  over 300 independent scientists and researchers states that the scarcity and contradictory nature of  the scientific evidence published to date prevents conclusive claims of safety, or of lack of safety of  GMOs. These scientists further state that rigorous assessment of GMOs has been hampered by lack of funding that is independent of proprietary interests. Echoing the sentiments of these scientists is another scientific study that shows that the majority of studies concluding that GMOs are safe and  nutritious are those undertaken by associates of the biotechnology companies producing GM foods and seeds.

To date there are no epidemiological studies on the potential effects of GMO food consumption on human health despite claims from GMO proponents that GMO meals have been consumed in countries such as the US with no impact on health. There is also no scientific consensus regarding the environmental risks associated with the growing of genetically modified crops.

In line with the UN’s Cartagena Protocol, the National Biosafety Authority (NBA) is the state corporation in  Kenya mandated to ensure the safety of human and animal health and provide adequate environmental protection from harmful effects that may result from GMOs. The Cartagena  Protocol requires a careful case by case assessment of each GMO by the national authority to determine whether the GMO crop or food satisfies the national safety criteria, and ensures that any environmental health concerns and risks are addressed before its introduction. It is unclear whether the NBA carried out any independent research in this regard before the ban was lifted in Kenya.

Safety aside, GMOs aggravate food insecurity and threaten food and seed sovereignty. They do so by holding farmers in debt cycles that reduce their ability to produce more food for consumption. More than 80 per cent of the food consumed in Kenya is produced by smallholder farmers. Lifting the ban on GMOs will expose farmers to the exorbitant prices of GM seeds and they are likely to be locked into debt cycles as they try to pay for seeds acquired through loans.

Farmers in Burkina Faso abandoned the cultivation of Bt cotton that was introduced by Monsanto,  now Bayer, citing the higher prices of Bt cotton seed and its poor quality compared to their  indigenous cotton seed. The adoption of Bt cotton  caused farmers in that country to lose their niche in the international cotton markets. Yet the same Bt cotton (MON 15985) that failed in Burkina Faso has been introduced in Kenya following national performance trials undertaken by the Kenya Plant Health Inspectorate (KEPHIS) with the approval of the NBA. This begs the question whether the Kenyan government is trying to enslave its people to biotechnology companies.

In November 2021, cotton farmers in Busia were asking the Kenyan government to subsidize the  price of Bt cotton seed which was retailing at KSh2,200 a kilo. In March 2022, there was an outcry  from cotton farmers in Kenya because of the unavailability of Bt cotton seed, which the chief  executive officer of the NBA attributed to the multiplication challenges  experienced by the sole company given the task—companies fronting the GM crops, such as Mahyco, in which Monsanto has a 26 percent stake, control the production and multiplication of these crops.

Maize is Kenya’s staple crop and farmers are currently being persuaded to grow Bt maize, based on  the argument that it is resistant to pests. However, since farmers will not control the supply and  multiplication of the Bt Maize seed, they are likely to face the same seed scarcity that is being  experienced by Bt cotton farmers when the suppliers of these seeds pull out of the market.

Companies such as Monsanto (now Bayer) are among the world’s largest seed companies and have  been known to push, globally, GM innovations on key crops such as brinjal, maize and potatoes to maximize profit. Allowing these companies to dominate the production and importation market of key crops such as maize is likely to affect the livelihoods of the farmers in Kenya who produce about 40-45 million bags of maize every year. These farmers will certainly be competing against imports of cheap GM maize from the US, which has been pushing to expand its exports of GM food crops into the Kenyan market.

Kenyan imports of GM foods and food crops will also affect our East African neighbors such as Tanzania and Uganda, who export surplus produce to Kenya. With the loss of market comes the loss of interest in farming and the abandonment of land, which in turn can lead to rural-urban  migration by populations in search of alternative livelihoods. This leaves the door wide open for  multinational corporations to buy abandoned land to grow commercial crops for export.

Lifting the GMO ban will also expose farmers to draconian intellectual property laws related to patents held by GMO multinationals. GM seed is patented and this can land the farmers on whose farm GM crops have grown without their knowledge into intellectual property disputes. These farmers are likely to be forced to pay royalties for GM crops that contaminate their farms through  pollination or cross breeding. In the US Monsanto (now Bayer) sued hundreds of farmers to protect  its GM seed patent rights. In Brazil, Monsanto won a US$7.7 billion lawsuit after a court ruled that  farmers cannot save and replant Monsanto’s patented Roundup Ready soybeans. In India, PepsiCo, the manufacturer of Lays Potato Chips, sued four farmers  for illegally growing its potatoes. The case was withdrawn.

Environmental concerns associated with lifting the ban on GMOs include the loss of our agricultural biodiversity and interference with our country’s ecological balance. GM crops are likely to contaminate non-GM crops through pollination. This could lead to the loss of indigenous varieties of  crops, such as millet, sorghum, and spider plant (sagaa) that are grown in many parts of the country.

While the Biosafety Act of 2009 provides for risk assessment measures in order to protect human  health and the environment from the possible adverse effects of GMOs, in the case of Bt cotton the  NBA stipulated that once it was released for commercialization, the NBA and government agencies  would monitor it for 20 years “to assess whether there are post release adverse effects.” Is this not too long a period to wait to address any possible effects on human health and the environment? Shouldn’t the risk assessment have been done before the introduction of GMOs in the country for cultivation and commercialization? There are also no clear liability and redress  mechanisms for damage resulting from transboundary movements of the genetically modified living organisms. What happens to the farmers who might be caught up in lawsuits regarding patent  rights? Is there any clear legislation on their protection?

Fronting GM seeds as a solution to food insecurity equates to the Kenyan government admitting that Kenya has a seed problem, which is untrue. For all the crops cultivated in Kenya,  more than 78 percent of the seed used comes from informal seed sources controlled by smallholder farmers. This is  despite a law that makes it illegal for farmers to share, exchange and sell indigenous seeds. The lifting of the ban on GMOs in Kenya is therefore ill-advised. Food sovereignty and security lies in farmers controlling and breeding their own seeds and having access to proper area-specific storage facilities and appropriate infrastructure.

Access to water is a key factor in addressing food insecurity. Kenya’s fresh water bodies are already choking with chemicals. An exposé aired by the Nation Media Group showed that Lake Victoria, Kenya’s largest freshwater lake, is contaminated by pesticides and fertilizers. Why can’t the government prioritize safeguarding such resources from contamination so that Kenyan farmers can have access to clean water for food production? Or provide water to farming communities for easier food production?

Furthermore, access to agricultural extension services that provide agro-ecological information is critical to sustainable farming practices. Access to this information teaches farmers to produce food while conserving natural resources, such as soil and water. Such practices also minimize the use of harmful agrochemicals and  soil degradation, including widespread soil acidification due to overuse of chemical fertilizers. Most importantly they help farmers save and share indigenous seeds which is a key aspect of food sovereignty.

The move to lift the ban on GMOs will send more farmers deeper into debt and poverty, limiting their ability to produce more food and increasing our dependency on imported processed foods that are low in nutrients. It is a move to undermine our food and seed sovereignty and delegate the control of food systems to multinational corporations whose motives are driven by profit. 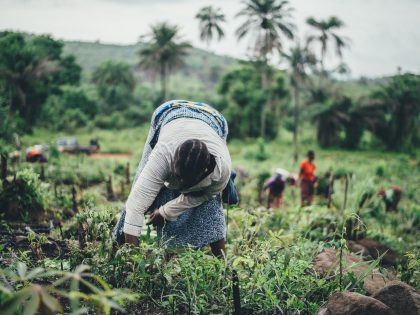 There was no Green Revolution

The Alliance for a Green Revolution in Africa was presented as a game-changer to address hunger. The consensus 15 years later: It failed. 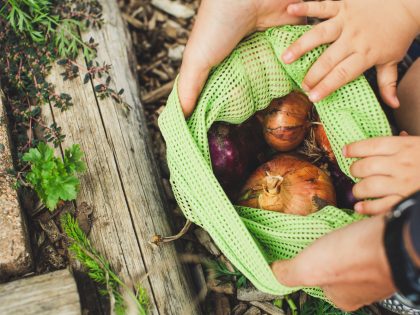