When Pastor Wanyota and the National Council of Churches in Kiunga Diocese that he represents succeed at outlawing Utapishi—an annual cleansing and healing ceremony practiced by the people of Kiunga since the early 1500s—a specter of despair haunts the screen in Tapi! (2020). The film is a speculative documentary short film directed by Jim Chuchu of The Nest Collective, a multidisciplinary collective living and working in Nairobi, Kenya. The film fictionalizes the erasure of Utapishi in favor of [neo]colonial-modernity pervading contemporary Kenya under the veil of Pentecostal Christianity.

We are introduced to Jackson Matiere—a healer and performer in Kiunga town—grappling with the enforcement by the government of the Witchcraft Act at the behest of Pastor Wanyota and his supporters. The Witchcraft Act, Chapter 67, became law on November 12 1925, more than four decades before Kenya gained independence from Britain. The Act contains nine clauses prescribing penalties for “causing injury, fear, annoyance” through acts or postures related to witchcraft, solicitation and possession of “charms.” It comes with many inconsistencies, including that what counts as evidence necessary to confirm culpability is nebulous and could be contrived.

Although not captured in the Witchcraft Act at the time, prophecy and oath-taking, or the suspicion about it, were severely punished as they had the potential of mobilizing community resistances against colonial rule. Indigenous cultural practices on the whole were reduced to “witchcraft” and punished indiscriminately because of the threats colonial officials imagined they posed. It should be noted that the “witch” did not embody a gendered character similar to medieval Europe’s witches, but rather functioned as a euphemism for recalcitrant colonial subjects. Thus, punishments ranging from executions to deportations operated in wide excesses of the law, speaking to the absolute nature of colonialism’s hysteria.

Before this, local elders would conduct careful assessments based on corroborated testimonies before expediting consequences on accusations brought to them. Colonial officials found this system in place and supplanted it with Native Tribunals consisting of local agents deputized to act against their own people. The result was a vulgar reshaping of methods and narratives that subordinated custom to colonial codes of demonology and “crime.” According to court records in the Kenyan colonial administrator John Nottingham’s ‘Some Notes on Witchcraft in the Eastern Area of Machakos District,’ estimated to be written in the 1950s:

…nearly two thousand people confessed to having brought about the deaths of an average of between forty and a hundred victims each, witches still abounded and communities were at least as concerned about their activities as before though they were perhaps less likely to kill them.

Tapi’s Matiere maintains a casual demeanor, wearing shoulder-length dreadlocks, neck ornaments and loathing the thought of having to wear a suit and tie when challenging the local church groups rallying against Utapishi. Matiere however ends up wearing one upon persuasion by Fred Ombati, a bureaucrat and also county representative of the Ministry of Sports, Culture and Heritage. Ombati assumes a more liberal approach to the preservation of Utapishi, arguing that it can be a lucrative stream of revenue for the people of Kiunga if packaged as a cultural product for tourist consumption. After a heated debate in the courtroom and Matiere’s subsequent refusal to strip Utapishi of its spiritual and healing properties, the practice is banned by the Kiunga county government.

Reflecting on the loss, Matiere concludes,

People who have no convictions, no roots, no beliefs are the weakest. It is not money or armies that makes strong societies, it is a strong sense of self. And that is the biggest problem with us Africans. We have been made to believe that everything that is ours is inferior and that is why we take everything from outside. So we fight other people’s wars, we worship other people’s gods, we bleach our skin, straighten our hair, we wear the suit and tie, and most importantly we forget who we are.

Herein lies a familiar thread on loss of collective identity. Matiere mourns an identity that connects us to each other, to our ancestries, the earth, freedom, and truth. It is one that breaks with the impositions inherited during the colonial period. Because Western cultural imperialism cannot map itself neatly onto these realities, it works to diminish and discard the spiritual bases of indigenous practices, casting them as inferior.

In her recent lecture “Africana Philosophy and Feminism” (2020), Nkiru Nzegwu, a research professor at the State University of New York at Binghamton, noted that, “the social categories that have arisen from the beingness of the West–which are not exportable to other places but have been exported–are creating nightmarish distortions in those areas.”

Towards the end of Tapi!, the county government permits the participants of Utapishi one final ceremony, but no one in the town of Kiunga shows up. Matiere speculates that it could be a sign of fear rapidly etching itself onto the people of Kiunga, associating the practice with evil, perversion and sin. With the help of two fellow healers, Patrick and Chul from Parani town, Matiere prepares for the ceremony by making a mixture of cleansing spices and herbs together with ashes from a fire that has been prayed over and dedicated to the participants’ ancestors. The mud thickens. It is then applied over their bodies as they pray and dance to songs of spiritual cleansing. They do not stop until the mud is wiped off of their bodies, a signal of the entire community’s karma being reset. All this is captured in a montage where they splash water delicately against each other’s bodies, rubbing mud over their hands, faces, necks and torsos, repeating the ritual and dancing till they hit repose. Utapishi is an unmistakably intimate practice intended to draw communities closer, not just to themselves but also to the contiguous realms where their ancestors reside; gesturing to liminality; to another way of being, away from the corporeal.  Utapishi is an iterative engagement in erotic socialities that produce healing and spiritual restitution for participants as they surrender their bodies to the rhythms of the ceremony. While they vibrate, their bodies become vessels for slippages and frictional acts of pleasure, transcending that which they were assigned to do and marking intense pulses of pleasure. The Kenyan writer and literary scholar, K’eguro Macharia, refers to this as frottage. These are, “the moments when blackness coalesces through pleasure and play and also by resistance to antiblackness.” Tapi! invites us to question the viability of blackness modified for propriety and what is lost when indigenous blacknesses are appropriated into anti-black regimes.

In the film, Pastor Wanyota argues that he is “not against traditional practices” and that the churches he represents are “all for cultural expression” in as far as it does not exceed the bounds of evangelical Christian doctrines. He then goes on to offer the Africana philosophies of Ubuntu and Ujamaa together with the touristification of Maasai culture as examples. Perhaps Pastor Wanyota and Ombati’s insistence on dislodging Utapishi from its healing and spiritual capacities is evidence of a dissonance that persists when African indigeneity is perceived as inhabiting modalities of spiritual fulfillment and pleasure. It evokes anti-indigenous sentiment, even animus, in those whose relationships to African cultures have been successfully separated from the indigenous knowledge systems and practices at their foundation. African languages, too, find themselves impacted as such entanglements persist.

In addition to undermining indigenous belief systems and practices, the pleasures intrinsic to them are read as pathological, deviant, even queer, focusing attention to the ways that they complicate and threaten Christian moral values of chastity, purity, and so on. Plurality of expression rings unfamiliar tunes within Western frames of cultural dominance that seek to atomize and discipline every aspect of personal life. Naminata Diabate has observed that, “…in addition to the challenges of reformulating pleasures elsewhere, the difficulties are compounded in the African context because of historical traumas that denigrated images of naked black bodies.”

Following the eschewal and often outright dismissal of African indigeneity as absent of progressive values and spiritual significance, it is clear why Utapishi was pushed to the fringes, and ultimately rendered illegal and obsolete. What Tapi! provides, with the different dimensions of its three main characters, is a doleful image of indigeneity decaying at the seams while its pleasure habits are perceived as carnal knowledge and immoral. It is a cue for an audience acculturated to Western ideals to hold the mirror and look back at itself. 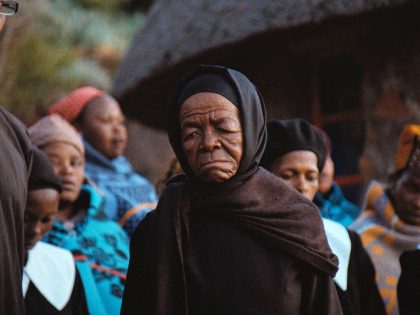 This is a sensorial feast, not a burial

Although overlooked this awards season, a new film by Lebohang Jeremiah Mosese deserves your attention. 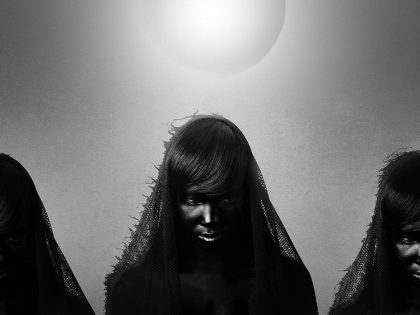 The film curator and writer Katarina Hedren has five questions for the Nairobi-based filmmaker and musician, Jim Chuchu, about his craft. 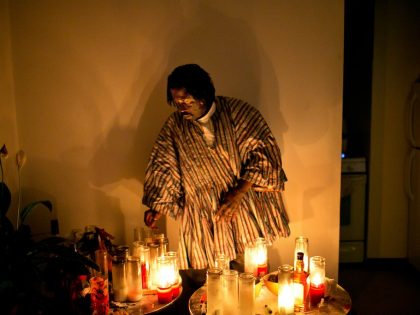 Sympathy for the ‘Devil’

A New York Times article that’s respectful and mostly accurate, including the use of terminology, when covering African Traditional Religion. 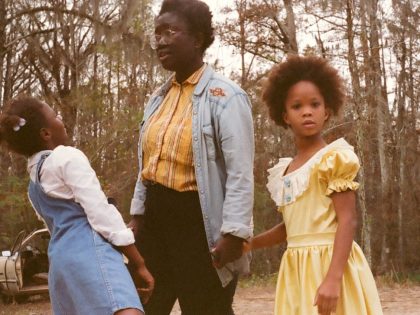 The director, Frances Bodomo, originally from Ghana, talks about her film “Boneshaker” and African globalization.