Growing up, Felipe Adão had to navigate two worlds: one as a Brazilian, the other as an Afro-Brazilian. He studied at private schools, but lived in an underprivileged area of Campinas, a city in the state of São Paulo. Both his friends from school and his friends from the street had an influence on his upbringing.

Despite attending the best schools, and now studying for his PhD in political science at the University of Campinas, Felipe has been pulled over by police many times. When he visits a fancy restaurant or shopping mall, he feels a subtle difference in how he’s looked at or spoken to compared to Euro-Brazilian patrons.

It was after college that Felipe realized he felt a sense of double consciousness, a concept introduced by the African-American sociologist W.E.B. Du Bois more than one hundred years ago to describe the internal tension experienced by non-European people in a racialized society.

“It was very conflicting to me, because being black in a majority of white people, it means that you are invisible in certain ways. People value you or recognize you as a person, obviously, but there’s always something lacking, I would say.”

In January, a Congolese refugee, Moïse Mugenyi Kabagambe, was beaten to death by three men at a kiosk in Rio de Janeiro’s Barra da Tijuca neighborhood, for demanding R$200 (about US$40) he was owed in back pay. His murder unleashed widespread protests in major cities across Brazil.

The incident has drawn new attention to the country’s longstanding issues in dealing with racism and xenophobia, despite its global image as a multicultural nation.

“In Brazil, miscegenation became a part of our national identity, since the 19th century,” says Allan Fernando, a history teacher in São Paulo. He argues that racial democracy, a term coined by the Brazilian anthropologist Gilberto Freyre in the 1930s, has always made it difficult to acknowledge that racism exists in the country. The theory promotes the belief that Brazil has moved past racism and racial discrimination due to the mixing of the Amerindian, African and European ethnic groups.

Brazil is home to the largest African population outside Africa, with more than half of its citizens claiming African ancestry. The former Portuguese colony received almost half of the 12 million Africans kidnapped and sent to the Americas for chattel enslavement, and was the last country in the Americas to abolish the practice, in 1888. Following abolition, the government encouraged immigration from Europe throughout the 20th century, to “whiten” the population.

“We normalize brutal racial violence on a daily basis—partly because of our very violent history against black and indigenous people, partly because only very recently, and not so much, we managed to have a little bit more diversity in the media,” says Thiago Amparo, a law professor at Fundação Getúlio Vargas in São Paulo. It’s common to see police operations in cities like Rio de Janeiro ending with casualties, mainly in favelas and unfortunate neighborhoods home to Afro-Brazilians. A December 2021 survey from the Network of Security Observatories showed that the state of Rio de Janeiro has the highest number of Afro-Brazilians killed by security agents, with one person killed by the police every four hours. Brazil has the third largest incarcerated population in the world, behind China and the US.

“We come from a country that kills children inside their homes, right? So of course, we don’t live in a racial democracy,” says Jessica Rosa, a graduate student and English teacher in Campinas. Born to an African father and a European mother, she notices being treated differently when out with one parent over the other. Her mother is generally treated better by Brazilian society than her father.

“Brazil has a very hierarchical and stratified social structure, which is the legacy of what, for practical purposes, was a caste system, a racial caste system that combined slavery plus the aristocratic social structure that Brazil inherited from Portugal,” says Kendall Thomas, a professor and scholar of comparative constitutional law and human rights at Columbia Law School.

He asserts that Afro-Brazilians there today are much more likely to be manual laborers, unemployed, and living with poverty and violence, while less recognized with opportunities such as university education, secure and healthy housing, and access to capital and economic opportunity. All of this is despite the fact that Brazil never had a legally codified system of racial exclusion like Jim Crow.

The case of Kabagambe is a signal of the difficult, intense, and conflicting relationship Brazil has with its African heritage, and the deep marks chattel enslavement still leaves on daily life there, according to Silvio de Almeida, a lawyer, professor and president of the Luis Gama Institute, an NGO dedicated to the defense of human rights.

Despite Brazil’s violent caste system, Africans and Afro-Brazilians have always found ways to organize and resist, since their arrival in the 16th century, says Tiago Rogero, a journalist and creator of Projeto Querino, a podcast that explores how history explains the Brazil of today. The idea came about after a visit to the National Museum of African American History and Culture in Washington, DC, and hearing an audio version of Nikole Hannah-Jones’ 1619 Project. “A common characteristic of the people of the African diaspora, of the children of that diaspora, is the telling of stories,” Rogero says. “It’s the act of telling stories, it’s the act of passing on those stories.”

Other examples of resistance are the samba schools that are popular throughout Brazil. These communities are a space for Afro-Brazilian freedom, where people have the right to dream, to live and love, said Rogero. Afro-Brazilian protests have also led to the institution of mandatory quotas for Afrodescendents in federal universities. The racial quota policy, which celebrated 10 years in August, has increased access to higher education and reduced inequality. President Jair Bolsonaro, up for reelection in October, is against the policy, calling it “mistaken” and that it generates “coitadism.”

Rogero emphasizes how important it is for the children of Brazil to know a more complete version of history, one that doesn’t just place them as the descendents of enslaved people.

“We will keep fighting so that Black children can be anything they want to be, and that their lives don’t have to be interrupted, as is unfortunately the case in Brazil.”

A scholar of Black Brazil discusses the past, present, and future of the antiracist movement, in the run up to this year’s presidential elections. 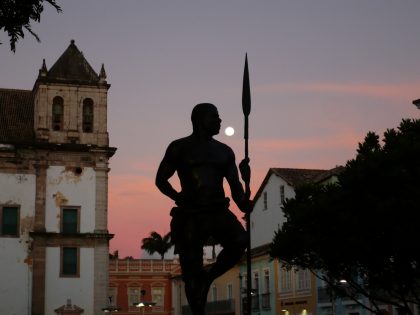 The romanticism of history

The resistance legacy of Brazilian slaves suffers from both romanticism and a spotty historical record. But it also persists as a potent social and cultural symbol. 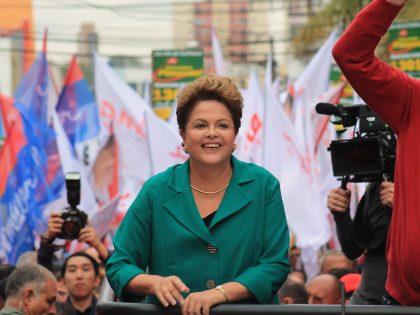 Race and Elections in Brazil

Many Brazilian voters are so disillusioned with politics that in this traditionally left-leaning, post-right military dictatorship society, the right has made surprising gains in this election. 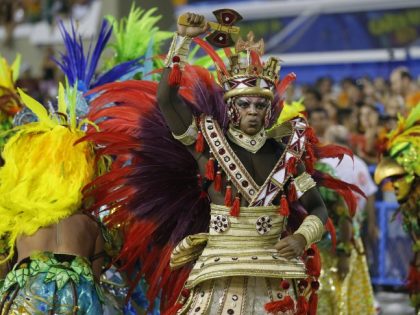 Finding the Afro- in Brazil

Last week I wrote a post about my excitement around the African musical permutations I was hearing this year in Trinidad’s Carnival. Since this week I was in Brazil for my first Carnaval Carioca, I …