Every September, the Colombian region of Chocó, located along the country’s Pacific coast, turns into an overwhelming party. The streets in the capital city of Quibdó are full of parades. Music takes over to celebrate the festivities of San Pacho. This festival, that reflects the history of cultural and religious colonization in Chocó, became a symbol of the region’s musical traditions.

The film “Los Sonidos invisibles” is a documentary by anthropologists Ana María Arango and Gregor Vanerian that focuses in the San Pacho festival as an epicenter of music culture in Colombia. Both filmmakers present a variety of protagonists that allow us to understand the complex cultural history of Chocó and how difficult it has been for its people to fight for recognition.

In the documentary, Octavio Panesso, a musician, composer and activist who works to preserve the culture of Chocó, talks about a congregation of Catholic priests known as the Clarentian Missionaries. They created cultural spaces in this region that has been completely abandoned by the Colombian State. These were spaces where traditional music was signaled as “primitive” or “the devil’s work.” 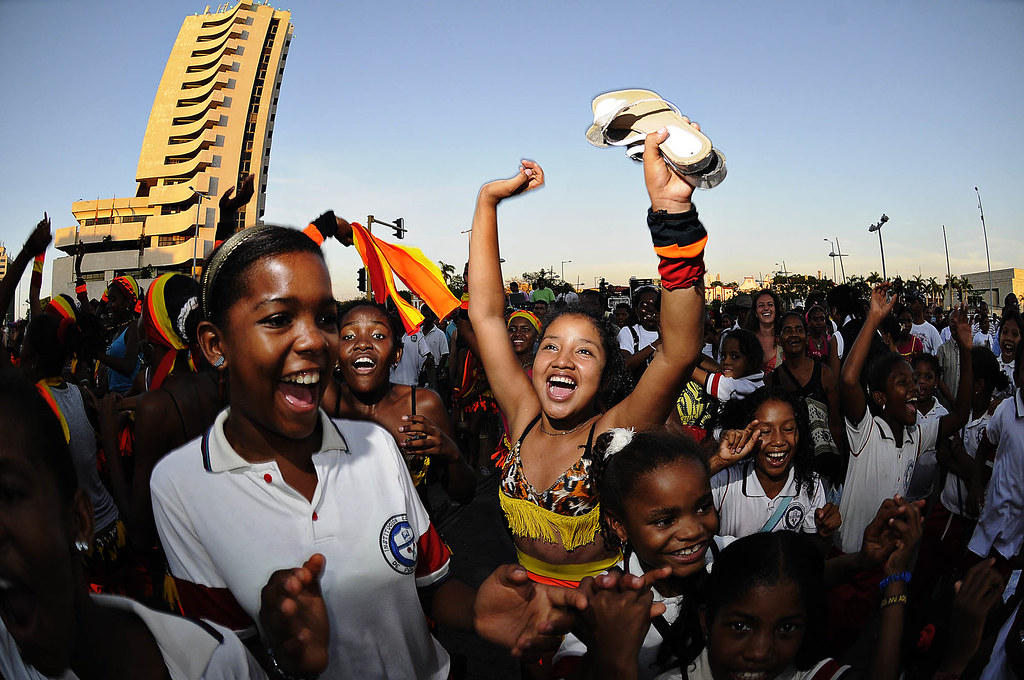 This colonial legacy got re-appropriated and this music is music of resistance as well. The filmmakers portrayed women singing about redemption, the end of slavery, or their fear of dying in the mines. It is also music to remember the past and vindicate dancing traditions in the present.

Chocó is usually only talked about as a region with high levels of unemployment, violence and poverty. It is also where a large population of Afro-Colombian lives. Many arrived there escaping slavery during the Spanish colonial period, and many others arrived after abolition. This documentary shows, in a subtle way, their long history of resistance and their new struggles fighting the logics of the market and hegemonic cultural models today.