Filmmaker Amirah Tajdin and her producer sister Wafa Tajdin are currently working on their first feature, titled “Walls of Leila,” and are running a Kickstarter campaign to help launch their production. For two young, clearly talented filmmakers, this is a film project worth backing. You can visit their kickstarter page here. The film is described as “… a love story set in Cape Town South Africa that chronicles the life of Leila, a young Cape Malay girl who falls in love with an American boy, Derek, who happens to be black. When the intricacies and prejudices of race and religion (which are still very prominent in postcolonial Cape Town) throw Leila off balance, she finds herself forced to make difficult decisions as well as questioning her own degree of prejudice. She is ultimately caught between breaking the hearts of her family and/or her lover.” The trailer reminds me a bit of what Andrew Dosunmu visually achieved with “Restless City”.

We get a sense of the Tajdin sisters’ talent in another short they made as part of the CollabFeature Project, a brilliant initiative that brings independent filmmakers from all around the world to collaborate on multi-director feature films. Tajdin’s contribution to the feature, ‘Train Station’ (working title), where 40 filmmakers in over 26 countries submit their section of the story (filmed in different international cities), is set in Nairobi. A lithe, majestic drag queen sits in Nairobi’s train station, perfectly framed by the station signs behind. Rusty, worn colors and once imperial gold-painted signage remind of the colonial times past; few places in downtown Nairobi retain the withered gleam of colonial architecture so much as Nairobi station, that’s remained nearly unchanged save for its inevitably dusted decay. Perhaps then, it’s truly the perfect setting for this drag queens poetic breakdown. 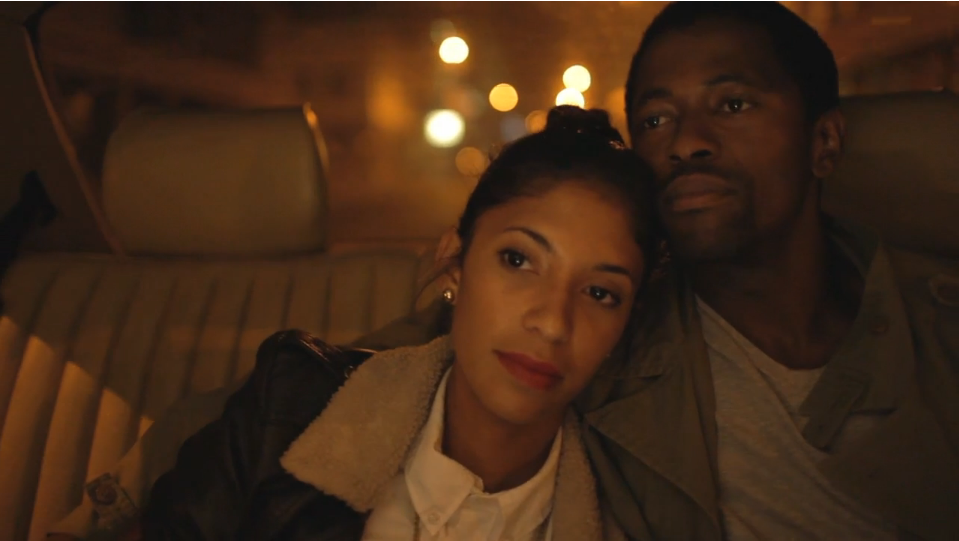 Sitting on a bench, smoking a cigarette, the film witnesses the drag queen’s poetic pandemonium; both self and body are stuck in the railway station’s no man’s land; “I’m stuck between where I’m supposed to be and where I am” — both a lament on his/her body, and a literal comment on the act of waiting at a train station, and the self-reflection waiting induces. Amirah Tajdin deftly melds the now iconic familiarity of Nairobi station, with the odd-beauty of the drag queen, playing on the expected and unexpected.

In Swahili, a woman observing the drag queen’s breakdown leans over and says, “whoever he is, he’s not worth your tears”. And again, in just 8 short minutes, Tajdin plays on our preconception of Kenyan prejudices toward homosexuality. It’s very well made, and the visuals often carry the short narrative along, particularly when the drag queen’s anguished soliloquy tends toward confusion.

The war that doesn’t say its name

In the Democratic Republic of the Congo conflict, as well as peacemaking, have become ends in themselves, while the fighting is carried forward by its own momentum.

How we tell the story of African film history

For most outsiders, modern Ethiopian cinema means Haile Gerima and Salem Mekuria. But others, in addition to these, made its rich cinema history.

The skeleton in the closet

The novelist Nadifa Mohamed complicates Britain’s troubled, racist legal history through the personal tale of one otherwise insignificant person, a Somali immigrant to Cardiff in Wales.

Life to the sound of gunfire

Nigerians fleeing extremist violence at home take refuge across the border in Niger among an already fragile population. Together they proceed to carve out a way to live better lives for now.

A big African literature prize in an African language

The Kiswahili Prize works to undermine the marginalization of African languages in literary culture. An interview with one of its founders.

The consequences of Russia’s invasion of Ukraine for African food security and the need for greater food sovereignty.

In Northern Cyprus, African students, many of them Nigerian, study diligently for tertiary degrees while juggling multiple income streams in a peer-to-peer system for collective survival.

We are actually reading

The Radical Books Collective teams up with Africa Is a Country to bring you progressive conversations about books, literature, and publishing on this platform.

The harrowing execution of Patrick Lyoya, a Congolese refugee in Michigan, and the unfulfilled promise of resettlement in America.

The doctor from District Six

The University of Edinburgh will award an honorary doctorate to Joe Schaffers, a working-class educator from Cape Town, South Africa. It will be a new benchmark for this tradition.

Against the youth fetish in politics

Politics is about effectiveness, and casting youth as a political subject (rather than simply a demographic), is a bad way to do politics.

Is the academic boycott of Israel a violation of academic freedom?

A decision to rescind an invitation to Israeli academics to a conference in South Africa, revived a tactic of the anti-apartheid struggle. Is it effective?

The Sixth International Congress of African and African Diaspora Studies in Accra in August 2023 foregrounds the struggle against African Studies as a form of knowledge production located, for the most part, outside Africa.

Cameroonian economist Joseph Tchundjang Pouemi died in 1984, either poisoned or by suicide. His ideas about the international monetary system and the CFA franc are worth revisiting.

Mexico is fighting to regain sovereignty over its energy future, and African Leftists would do well to look to it for some answers.

For World Refugee Day, Africa Is a Country Radio visited Tijuana, Mexico to talk with Josiane Moukam about what life is like for African migrants at the US border.

A new politics, from the ground up

Cape Town-based activist Axolile Notywala wants to bring people from different backgrounds together to build a movement on what it means to be free in South Africa.

Punks of the Witwatersrand

The Rise and Fall of National Wake, South Africa’s first multiracial punk band at the height of apartheid, that sang about state violence and political freedoms.